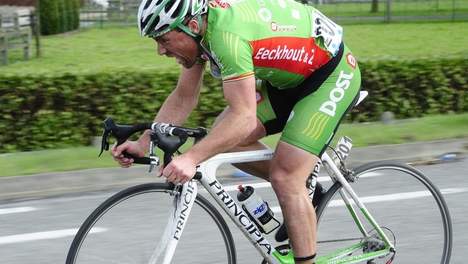 One of cycling's hardest roadmen is passionately competing at the age of 41. Not for mere cycling mortals. They don't call him Rambo for nothing. Well known for his mental and physical prowess over the pave in the Classics especially when the weather runs foul. Riding for the An Post Sean Kelly team, as a mentor to the young riders he sets his goals high for the Flemish races.

He was at the head of the field for the majority of Kuurne-Brussel-Kuurne getting notable air time and riding damn hard toward the end finishing a respectful 120th behind winner Mark Cavendish.

His toughness is famous. In 2010, he rode two races with a broken vertebrae having to stop due to the pain. And in 2011 was destined to be his last cycling season, only to change his mind extending his contract to ride one more season.

Now, he's the elder statesman of his team and getting set for yet another Flemish race, Le Samyn this Wednesday. In 2005, this race was canceled due to snow, although I'm not sure what the weather calls for this Wednesday... not that Rambo would mind! 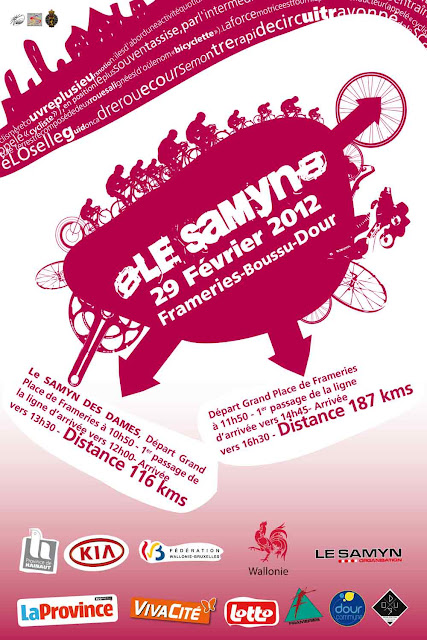