Back to working in Hell 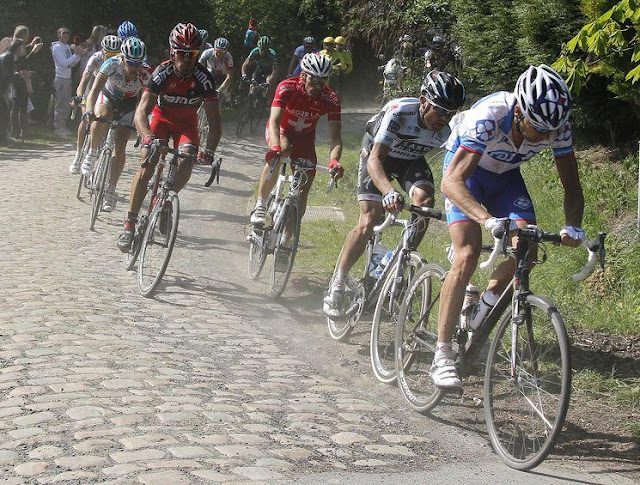 Guesdon leading in L'Enfer du Nord 2011 (finishing 11th)...
"I hope everything will go well for my last appearance on the pavé"

A grand return awaits for riders; Juan Antonio Flecha and Frederic Guesdon for the upcoming Tour of Flanders and Paris-Roubaix.

Both riders had injuries that had the hint of curtailing their Monument goals.

I'm surprised and elated that both riders could return so quickly from their injuries. After suffering a fracture hand in a training ride, Flecha will be lining up at both races. Although he says that he won't be at his peak condition for Flanders he's targeting Roubaix.

While eyes are on heavy favorites Boonen and Cancellara, a certain arrow is getting ready to fly in Hell. 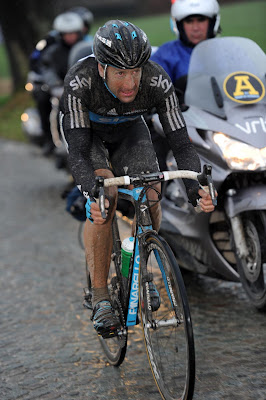 The Arrow is set to fly.


Another rider that loves Roubaix is forty year old, Frederic Guesdon. He suffered a hip fracture at this year's Tour Down Under and seemed that his fate was sealed in not finishing his career in his beloved Roubaix. He's now recovered and he'll be there fighting on the famous pave.


A certain hellish destiny is waiting for these two great Roubaix riders, Flecha will try to win and Guesdon will want to retire ...both not wanting to miss their time in Hell.
Juan Antonio Flecha Paris-Roubaix The Classics The Monuments Tour Down Under Tour of Flanders