Paris Nice: Race in the Rain 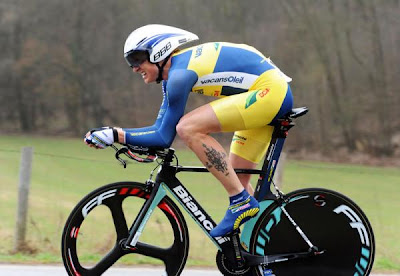 The 'Race to the Sun' is full on attracting some heavy Grand Tour contenders (minus Cadel Evans) who are looking to win the 70th edition of France's second biggest stage race. Ironically, the weather often is the case and lacking like today's rainy time trail won by Gustav Larsson. 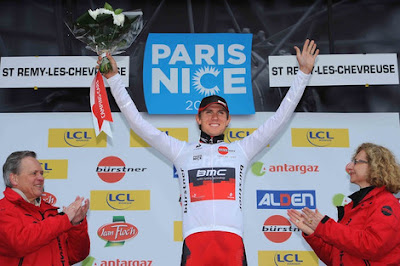 Tejay Van Garderen is the Best Young Rider
looking for Yellow.
(via bmc-racing)


Bradley Wiggins looks onward hoping to win it and put a stamp on this early season building towards the Tour. His fabulous smooth ride in a downpour showed he's in form knocking away many contenders some with disastrous results; Martin (25secs), Brajkovic (40s), Menchov (42s), F.Schleck (54s), Voeckler (58s), A.Schleck (1:01).

Levi Leipheimer (4s) and Tejay Van Garderen (9s) rode very well and have solid teams to back them up. I like Van Garderen making a good mark with a solid ride and leader of BMC. Thor Hushovd (17s) is here to support him win a stage building his form for his major goal; the upcoming classics namely Paris-Roubaix.

Tomorrow is stage 2 of this great race, it's 185km and relatively flat with the top contenders concentrating on riding safe fighting the crosswinds, minus the rain and ...hopefully in sunshine. 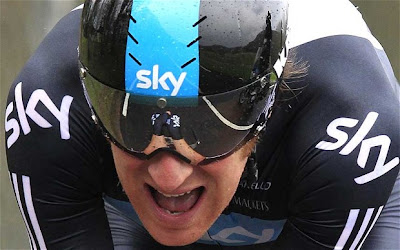