Tour of Flanders: The Holy Place 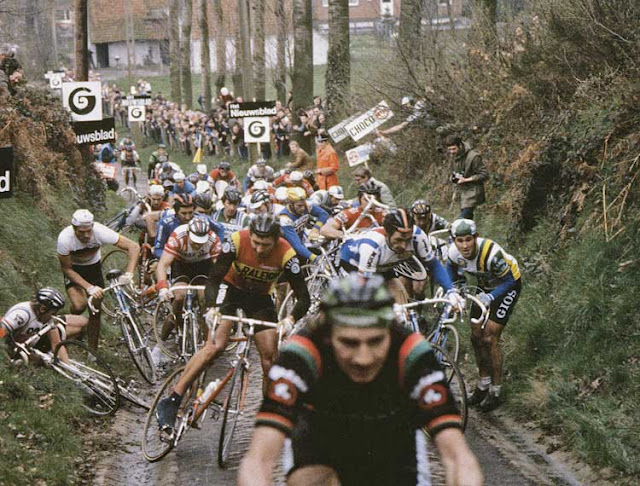 
The Holy Week of Belgian cycling will start on Sunday with the Tour of Flanders then Easter Sunday,  the hellish, Paris-Roubaix.

Without a doubt, I am a devout religious follower, this is the time I do go to the cobble temple of worship.

The Tour of Flanders will offer a route change... many devotees are saying blasphemy! The emblematic Muur van Gerardsbergen and Bosberg are out. A near spiritual experience for fans as they see their favorites climb the heavy cobbles of the Kappelmuur. Cycling fans held a mock funeral to mourn the loss.

I love the Muur as the holier than thou climb, where there was a shrine like atmosphere to meet the riders. It will be missed.

In it's place is; the Oude Kwaremont and the Pateberg, both to be climbed three times making this 255km race even harder. Certainly a race for the strong men with an equally strong support team.

What to make of the favorites?

The duel between Boonen and Cancellara is the obvious first choice. Look to Chavanel (De Panne winner & last year's Flanders runner-up), Steegmans and Terpstra as the other cards in a stacked OPQS deck.

What is a mystery is how super classic team BMC will play out. Can Flanders be the coming out party for them? Only Gilbert (will he finally awake?), Hushovd, Ballan, Van Avermaet will know. Sky will have Boasson Hagen and Flecha to ride. Flecha has said he's using this race as a warm up for his ultimate goal of Roubaix. A Flanders win for the Norwegian Eddy B would cement his amazing talent.

And, Fillipo Pozzato is getting stronger with every cobble race. Having come back from a fractured collarbone he is a threat especially with his strong Farnese Vini team. Another that has an equal chance of Flemish glory is Matti Breschel (3rd Ghent-Wevelgem).

One of my favorite teams: GreenEDGE will bring heavy classic riders to make a mark on their early season success; Goss, Tuft, O'Grady and Langeveld. I've picked Heinrich Haussler as a possible star but I think he doesn't have the holding power to win. But, Garmin has Sep Vanmarcke as the man that can do it.

One man capable of winning this contest of wills is 22 year old, Peter Sagan. His confident stage 1 win at De Panne is a very good precursor to his Flanders goal. He can do almost everything and is capable to stay with the likes of Boonen and Cancellara.

Sunday's church will be open ...for a monumental religious experience! 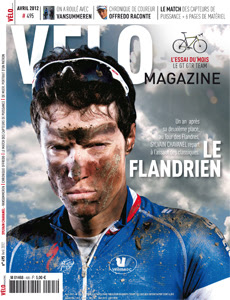 Richard said…
go to procyclinglive for the live feeds