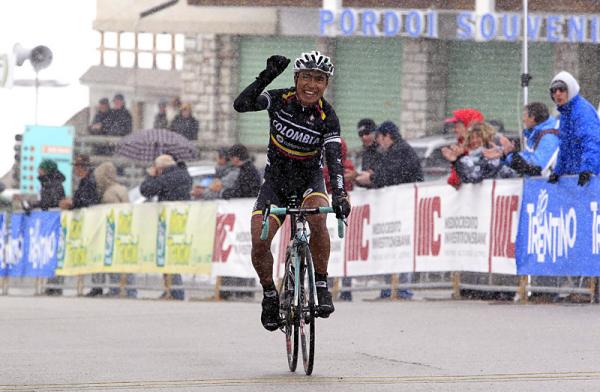 That's what I believe the  Colombian play by play announcers are screaming out after El PUMA's huge win. They must be going crazy in Colombia...

I love his nickname. I'm referring to Darwin Atapuma, the young Colombia Coldeportes rider who shone in the final snowy climb atop the legendary Passo Pordoi in the final stage of the Giro del Trentino.

A first European win for the Colombian Coldesportes team. Atapuma fought through snow/sleet and freezing temperatures, attacking in the final kilometers for a glorious victory. They've been struggling in  the early season, now rewarded with a victory.

"What an attack by the Colombian..."

The overall victory goes to Domenico Pozzovivo (Colnago-CSF Inox), by far the strongest rider taking care of any threats from Damiano Cunego and Sylvester Szmyd. A man to watch in the Giro.
Atapuma grew up watching Lucho Herrera's Tour de France wins and is modest in his victory by dedicating it to his team manager, Claudio Corti.

Klaus, from the superb blog, Cycling Inqusition (everything Colombian cycling) sent me this nifty and handy Bandeja Paisa recipe. A staple of Colombia and part of every rider's diet, a caloric monster that, in Klaus's words... Make most men cry. Here's a recipe.

You can purchase the equally colossal Colombian Cycling Sombreros made by Carolle and I of Red Dots Cycling on his site. 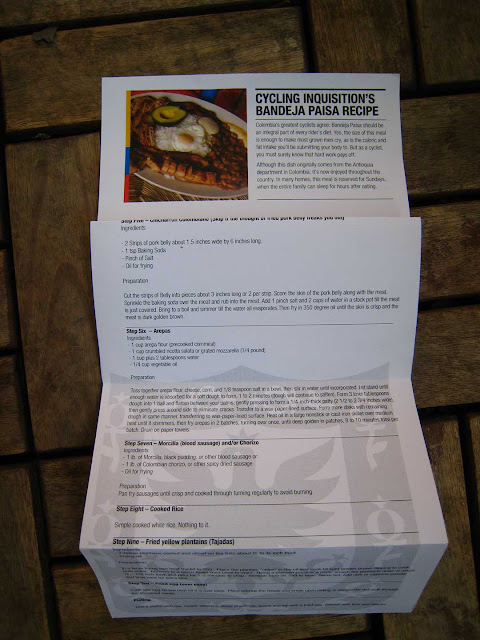 By the way Klaus, I plan to try it, and not eat for for a few days!