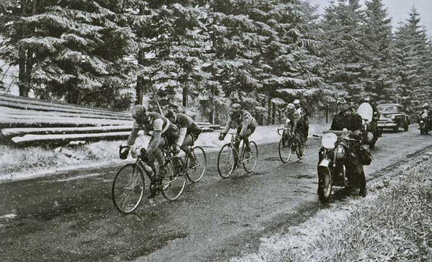 
Only hours before the Old Lady of Classics presents herself... Liege-Bastogne-Liege!

The last weather report is for rain and highs around 14C, perfect conditions for the oldest classic. Well known for it's Belgian style inclement weather, where snow is not unusual.

Bernard Hinault raced, in 1980, in a raging snowstorm to pull off a champion of champions ride to win his second LBL. The cold was so severe, Hinault was interviewed many years later said, "I lost all feeling in my fingertips that day."

The 1957 edition, was another day of snowy hell. Only 15 of the 107 starters made it to the finish. Three-time Tour de France champion Louison Bobet would be one of the brave to finish in  9th place behind Germain Derycke and Frans Schoubben. Bobet said, "That was the most painful ordeal of my career."

Many of cycling's great Tour champions have won: Anquetil, Merckx (5 victories), Hinault (twice). But, all eyes will be on Philippe Gilbert and whether he can win his second LBL.

There's no forecast for snow, but this race will be epic. 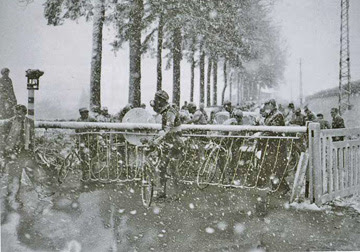 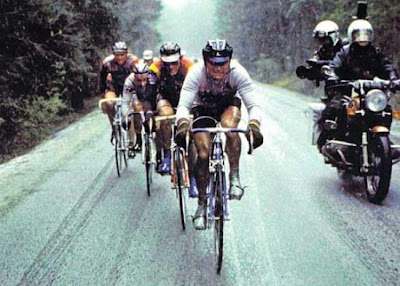 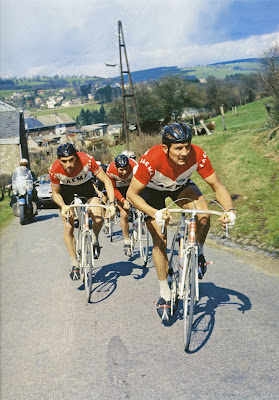 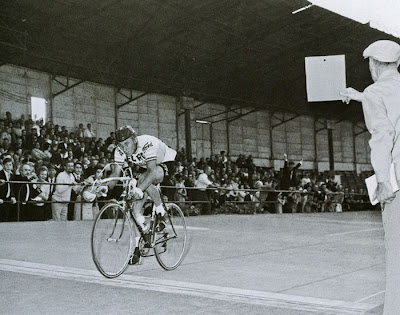