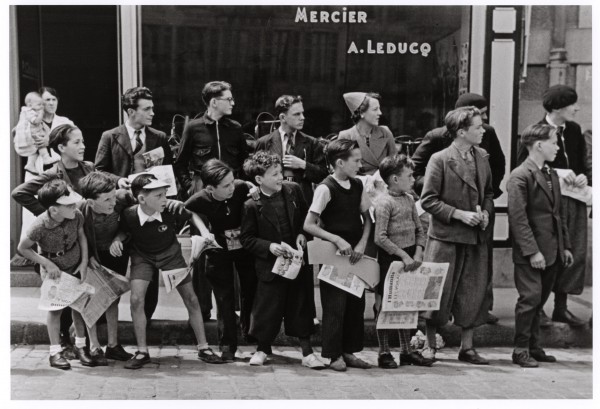 In July 1939, the great photographer, Robert Capa stood in front of this bicycle shop, owned by rider Pierre Cloarec, waiting for the Tour to come by. I would say these two photographs are the best images of the Tour de France with no riders or bikes. These images were taken in Pleyben, Brittany, France during the final Tour before war.

Pierre Cloarec had a fantastic Tour, winning two stages finishing 31st overall behind winner Sylvere Maes. It wasn't easy to dig up some images of Cloarec, but I did find the team roster from Mirror des Sport. 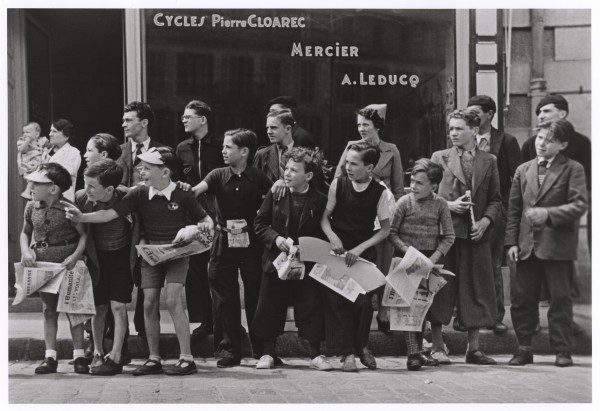 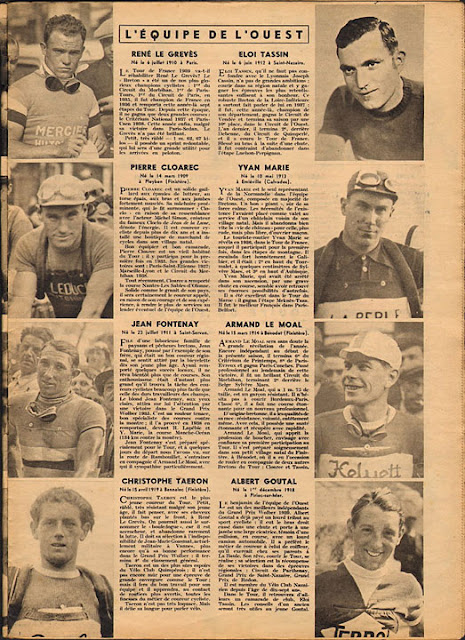