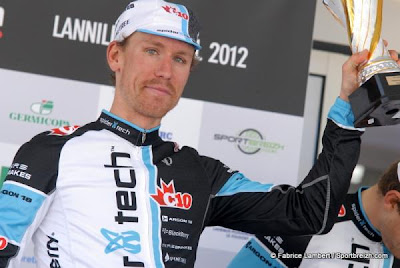 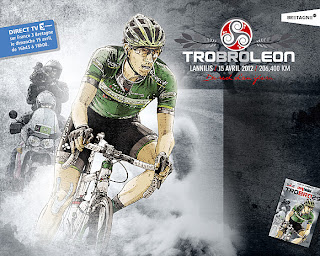 Racing in a cloud of dust...


A tremendous and stupendous win for Roth with teammate, Guillaume Boivin finishing in third gives Spidertech their first European victory. This is only the 29th edition, raced on narrow, dirt sections also refer to as the Hell of the West or le Petit Paris-Roubaix.

This picturesque race held in Brittany is the perfect race for the Canadians to cement their first European win.

Spidertech riders have done well in the past ...Will Routely finishing second last year.


"This is the biggest win ever for me. I've never been on the podium of a race in Europe and this one is very special. It's one of the coolest races we do, it's very unique and only once a year we have a race like this. I've been away from home for a long time, so it's a nice reward."


Congratulations are in order and many more victories!

Narrow dirt sections of the Hell of the West...
I like this!
SpiderTech The Classics thrills & chills Tro-Bro Leon video