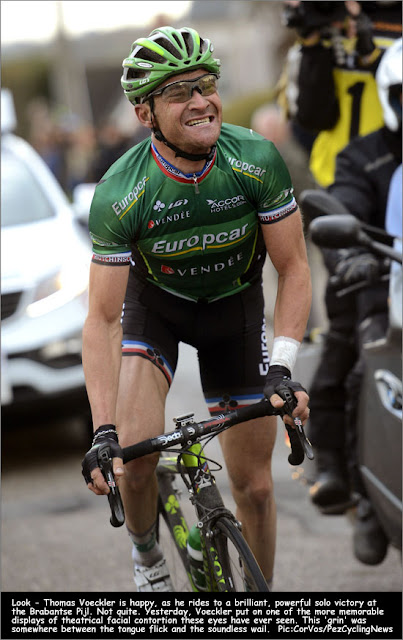 Is the short, shorts a Voeckler thing?


Thomas Voeckler wowed everyone with, how can you not admire his panache, his take no prisoners winning ride in the Brabantse Pijl. I'm not going call him the next Hinault, but he clearly has the fundamental aggressive tendencies of the Badger.

I like the Belgium race, part of the Flanders Classics and opens the door to the Ardennes Classics. It was the 52nd edition of the Brabant Arrow complete with all the trimmings; hail, rain and treacherous roads with Andy Schleck and Peter Sagan as crash victims.

But, the star was the attack of Europcar's Voeckler going with 35km, blazing away at times grimacing with his tongue out as a measure of his supreme effort. No one had the legs to follow him as the gap widen.

Fabio Duarte (U23 World Champion), of the Colombia-Coldeportes team rode heroically attacking the final chase group. He looked strong and impressive on the Belgian cobbled slopes and looked ready to podium until Oscar Freire and Pieter Serry caught and passed Duarte in the final kilometer.

A great win for Europcar, too with potential for further greatness from the likes of: David Veilleux, Pierre Rolland, Sebastien Turgot, Yukiya Arashiro... Thomas Voeckler gave a good ole French tongue lashing on a hardman's Belgian course and was already across the finish line enjoying his first win of the season. 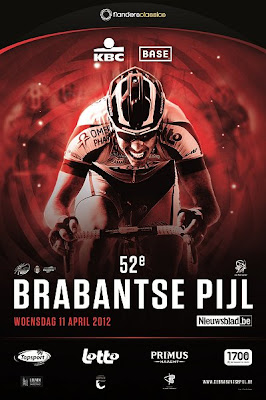 I'm expecting to see an image of
Tommy Voeckler,tongue out, for next year's poster. 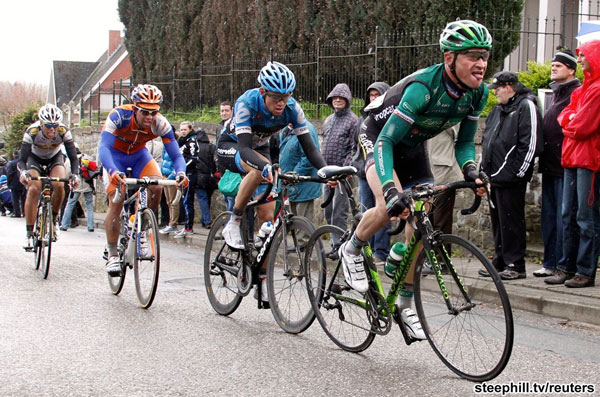 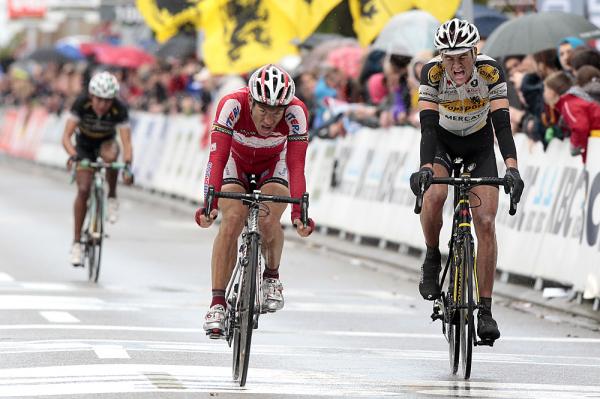