The World of Boonen 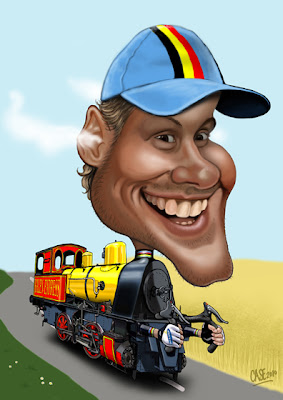 He didn't need much luck to win. Just an extraordinary will to ride off the front of the race when the finish was so distant. I thought he would eventually crack and his rivals would soon take advantage of his boastful move. 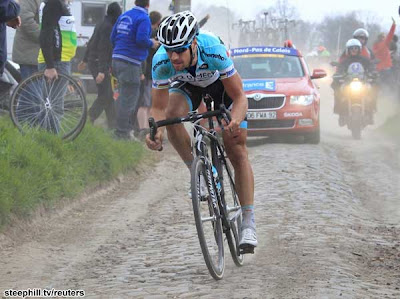 A solo ride of god-like proportions.


This is the toughest one-day race to win, even harder to win it solo.

He attacked with teammate, Niki Terpstra with 56 kms remaining, leaving him and passed the crucial Carrefour de L'Arbre pave section for a solo ride never to be touched by any of his rivals to win his fourth and tie Roger DeVlaeminck's record.

Pippo Pozzato (second in Flanders) backed off the heavy acceleration of Boonen and the unlucky Italian losing a rear wheel in a cobblestone corner sending him down injuring his right knee. He gingerly got back on his bike, looking like he was in slow-motion, then abandon the race he so wanted to win for the late Franco Ballerini.

Time was on Boonen's side. His incredible solo mission gained more time. After the Carrefour de l'Arbe section, Boonen was riding as if he was on his own plane of existence. A three-man group; Boom (2008 World Cyclocross Champion), Flecha (remarkably back from his broken hand) and Ballan (3rd in Flanders) chased for second place. Boonen raced into the fabled Velodrome and took a champions lap of victory entering into the pantheon of godhood in Roubaix. 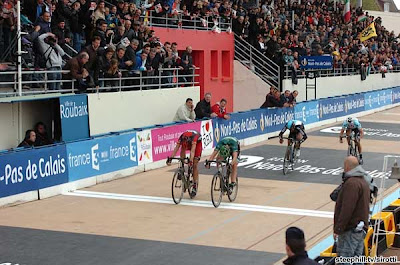 
As the Ballan, Flecha & Boom trio hit the velodrome, an amazing chase by Sebastien Turgot and Niki Terpstra made for an exciting second place finish. Turgot just beating Ballan for second, Flecha (4th), Tersptra (5th) and Boom (6th). Now, in hindsight, the race was for second.

The special Lazer helmet of Filippo Pozzato
in honor of Franco ballerini.


His 2012 season has been in overdrive and doesn't seem to be slowing down anytime soon. Boonen is the first rider, in the same season, to win the Tour of Qatar, E3 Harelbeke, Gent-Wevelgem, Tour of Flanders and now, Paris-Roubaix. His combined total of seven Roubaix and Flanders wins is a new record.

Sylvia-Louise said…
SOOOO happy to see Boonen back on top. I've loved him from the very beginning of his career, but the giddiness I feel about his current success is indescribable.
April 9, 2012 at 11:06 PM