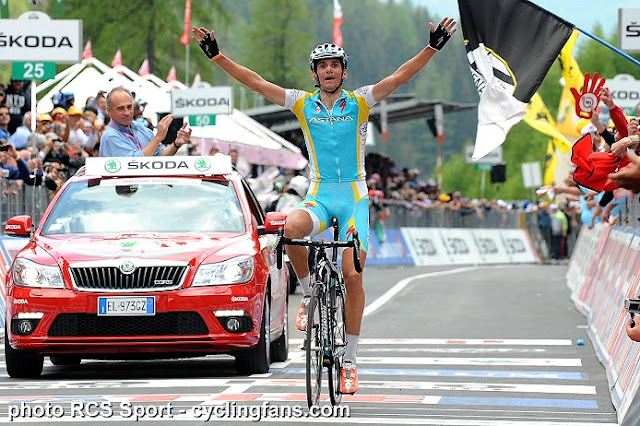 Two words used by the Italian commentators of Ryder Hesjedal's incredible ride today on stage 19. Five categorized climbs was the setting for the prize fight between the top men: Rodriguez, Scarponi, Basso & Hesjedal.

All three wanted to topple the threat of Hesjedal but it turned out, with 3kms remaining, a reversal of fortune ...for Ryder.

Roman Kreuziger won the stage with Hesjedal riding an stellar second refusing to let go of toughest rivals over the 198 kilometers. The weight of the nation finished second, 13 seconds ahead of Rodriguez and clipping away precious time to 17 seconds in the overall. 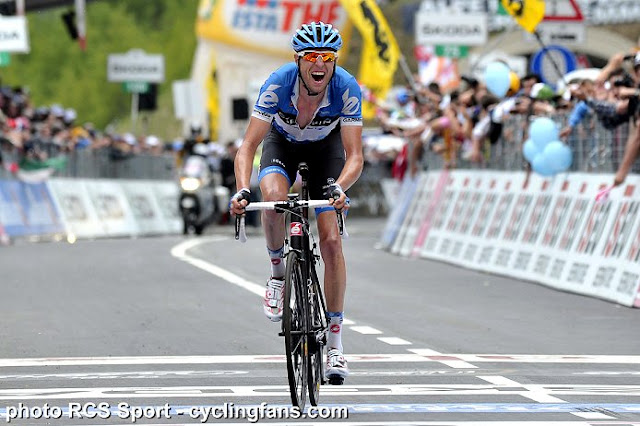 
Purito summed it up best afterwards...

We had to attack Ryder, but in the end it was he who gave us a lesson. Now, he has the race in his hands. As long as he doesn't make a mistake, he'll be impossible to beat."

The toughest stage awaits tomorrow with the insanely steep Mortirolo and Stelvio... for Ryder only 17 seconds from destiny.

And, I'll be waiting for the Italian commentators to yell, 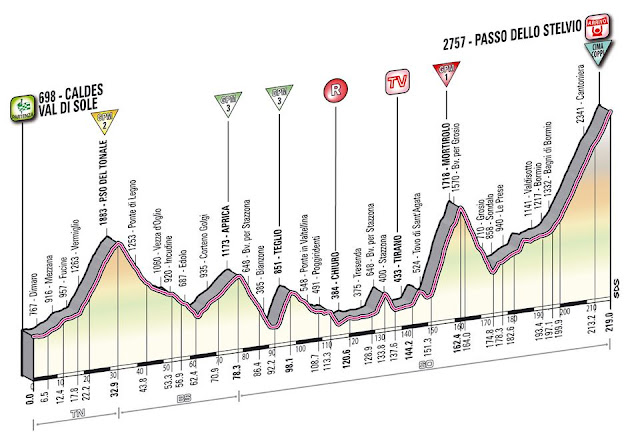 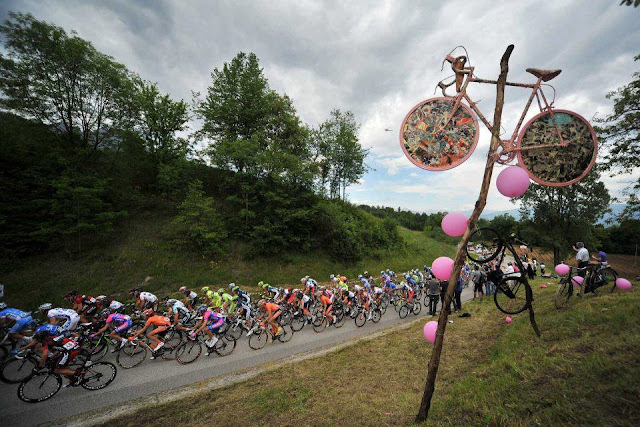