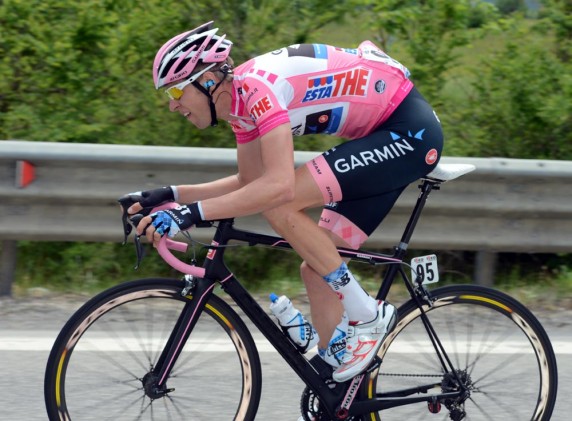 After watching the newest threat, Domenico Pozzovivo (Giro del Trentino winner) launch his attack with some 7 kms remaining on top of Cat 2 Colle Molella, the little climber kept up his attack to score his first Giro stage victory. I see him as a major threat when the real mountains arrive in the third week. Pozzovivo says he's looking forward to the monster climb of the Stelvio, I call that  a threat. 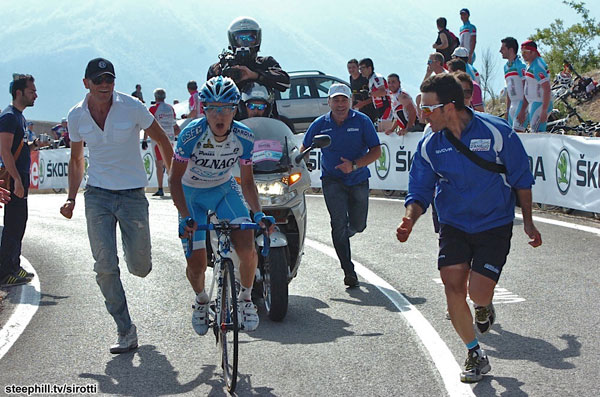 
If he's waiting for the mountains, then Ryder Hesjedal, on his consistent riding, looks to further improve  as the race gets into the all important third week. Hesjedal has solid support from his Garmin troops and  it certainly was a fine example of it in today's stage 8. He finished 11th, retains the pink jersey.

Contender, Joaquim Purito Rodriguez took the sprint for third taking a 8 second bonus and is second overall 9 seconds from Hesjedal.


"That was a tough day. Really happy to hang onto the jersey. The team was incredible again and really showed our strength in the hard beginning of the stage. I just had to follow my closest competitors on the final climb and I was able to do that. Mission accomplished."


Today, on our fun FRFuggitivi ride we talked about Ryder's historic time in pink and Guy asked whether Garmin had a new t-shirt in the offering.

I enthusiastically yelled, how about a "Weight Off The Nation" t-shirt! 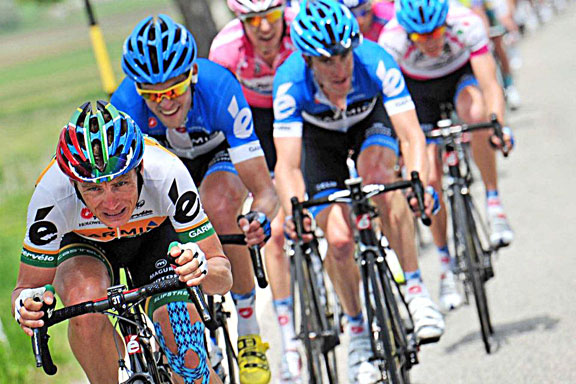 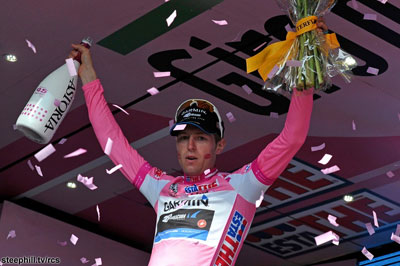