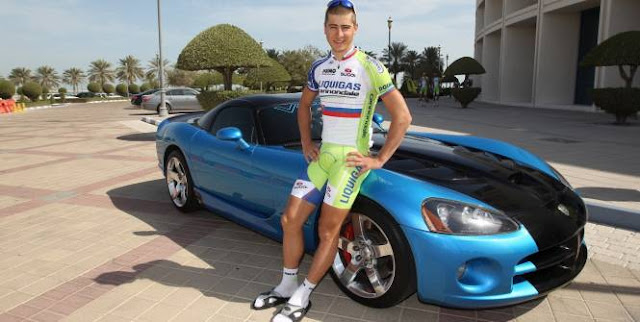 You'd think, with Vincenzo Nibali reportedly signing for Astana (for huge Euros) would bring a little animosity to Liquigas. But it seems it's not an issue and the team will rally around the Shark and give it their all to help him win the Tour. If he does win, he'll become the first Italian since Marco Pantani (1998) to win the Tour. The Shark will want to leave on a huge winning note before wearing the reportedly new Astana jersey. It would be a huge coup for Astana. And hungry like a shark will be fitting for Nibali. He should be well rested missing the Giro, with the spotlight will be on him to win his second Grand Tour. 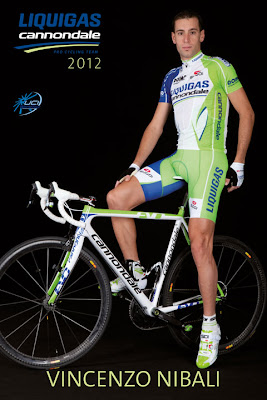 The Shark will be circling.
teamliquigascannondale.com


While Nibali goes for the GC, a twenty-two year old wunderkind named, Peter Sagan will undoubtedly be hard to stop in the sprints. Already scored 13 victories, the young Slovakian (aptly nicknamed; Terminator, Rambo) has no fear in mixing it up where it counts.

Besides claiming the Slovakian champion's jersey his tallies are long and impressive; five out of eight stages of the Tour of California and four stages in the Tour de Suisse. Liquigas management says it is their goal to put Sagan in the best possible position to win at least one stage. I'm leaning on two stages and how about contest for the green points classification? He is probably the most exciting sprinter around and still hard to believe he's only 22.

It may be too much for the Shark to win the overall but the team looks worthy to help him take a bite out of the Grand Boucle!