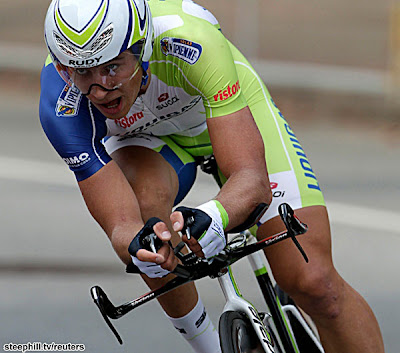 Hmmm, have to ponder it a short while....

I'm certainly not a time trialist. But over short distances, like a prologue, I can maximize my power.

Cancellara looked like he shed the weight from his disappointing collarbone injury, taking the tight technical course looking every bit like his old time trialing monster self. In fact, it's hard not for the Swiss Bear to lose, he won this same course for the past two years.

Then a charged up Sagan finished 4 seconds ahead of Cancellara and 7 seconds from Moser to win a huge convincing victory in Lugano.

I don't believe it was an upset, it was a level playing field, a marvelous clash between two of cycling's powerhouse riders... I can't wait until the next battle between the Terminator & Spartacus. 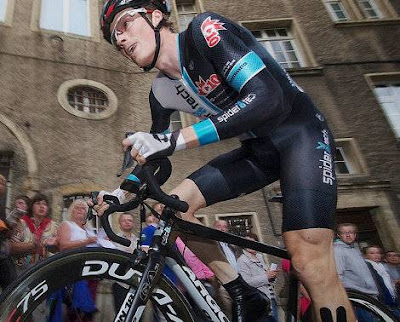 It was a very good moment for Colombian cycling. We have a good generation of riders so I suppose it's a bit of a renaissance.

Quintana's win just adds more to the Colombian legacy in Morzine. Lucho Herrera won in 1985, beating back the Badger, and Fabio Parra took the win in 1988. This young grimpeur will carry on in the tradition of the great Colombian climbers... an awesome moment! 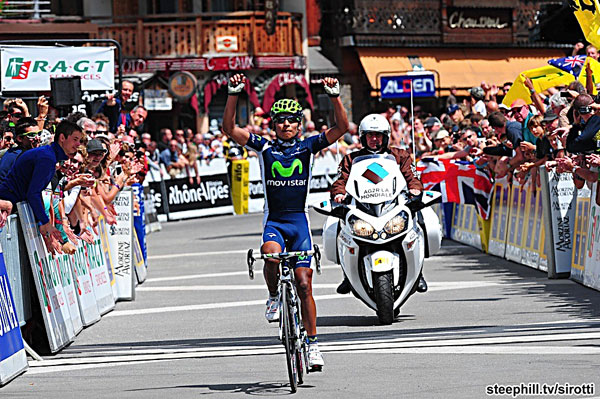 22 year-old Quintana powering into Morzine with
a double-fist salute!