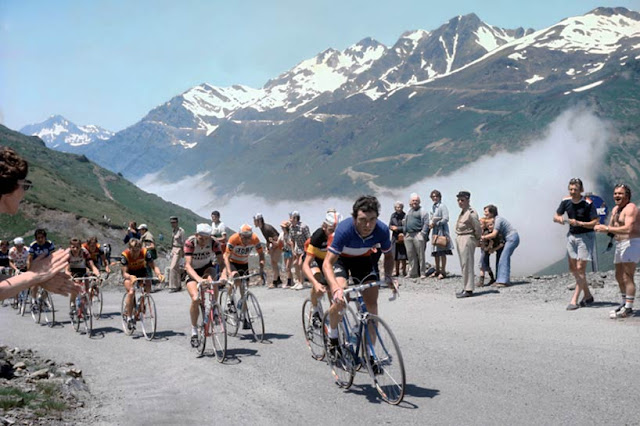 
Like a metronome, Bernard Hinault lead to the top of the Tourmalet was every bit steady and measured putting plenty of pain and time on his adversaries.

One of his opponents was Bernard Thévenet, 1975, 1977 Tour champion, struggled and abandoned the Tour. For Hinault, this is his first Tour and at the age of 23, would not win this stage 11. Mariano Martinez won the stage. Hinault moved to 1-05 behind leader Joseph Bruyères. And let it be known that he was a serious contender. This is a fantastic image of the Badger taking charge, a customary role, leading the best climbers on the Tourmalet!
Bernard Hinault favorite jersey's Grimpeurs Mountain Fever Tour of Flanders Vintage Tour de France