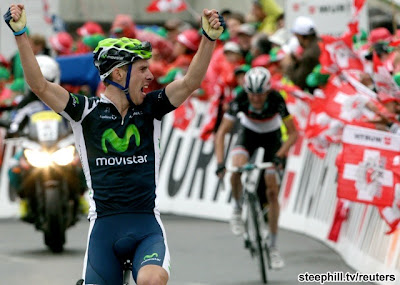 You can't catch me, Frank!

After watching another win by Peter Sagan, in the Tour de Suisse, I'm beginning to sense that he is the next big cycling talent. I was watching online as he made the last corner and ... the feed stopped! Leaving me pissed off missing the dramatic finish. I quickly found another feed and saw cameras focused on him after crossing the finish line. I found out, later viewing the video, that he had trouble with his pedal and re-clipped in time for his patented power finish. I don't know why organizers left the final to be so twisty potentially dangerous with the slick wet roads. I'm very glad there weren't any accidents. With Rui Costa leading the GC, after a classy win up to Verbier putting astop to Frank Schleck's keen attack. I say this race is getting very interesting. Schleck is in eighth showing good form. Now, the question is ...whether he can he take it up one notch? 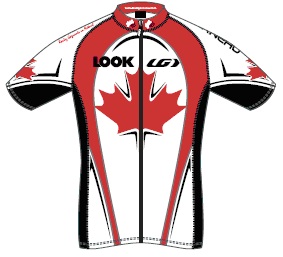 
The 27th Tour de Beauce starts tomorrow in Lac-Etchemin Quebec, Canada's premiere stage race. I'll be following it, unfortunately no live video, closely as last year's winner Francisco Mancebo (Competitive Cyclist Racing) will be back to defend his title. Orica-GreenEdge is lending Svein Tuft and Christian Meier, who took part in the Giro, to the Canadian national team. Toughman Tuft will try to better his last year's third overall including two stage wins. Also, joining the Canadian Team is the classy David Veilleux (Europcar) and he should add that extra firepower needed to help Tuft for the overall. Look for Tuft to win in the stage 4 ITT!

Vancouver's Sebastien Salas (Team Optum & KOMs Tour of California) will also be in the race and it will be interesting to see how he does up the famed 8km Mont-Megantic climb. I discovered this talented rider watching him fly up the mountains in the ToC and it's also extra special he's from Vancouver!

It should be a lively race in the famous maple syrup region of St. Georges de Beauce! 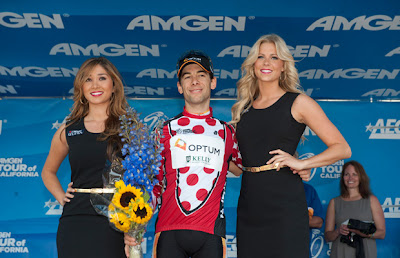 Vancouver's Sebastien Salas the KOMs ToC...
can he win the KOMs in the TdB?