Stage 16 on the Col du Castillon...
Louison Bobet rides on and after the stage wins the mountains classification!
via: thescore.com

Today's rest day is anything but restful. 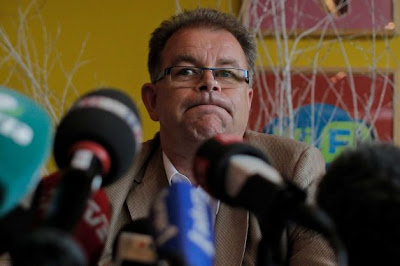 One of my favorite riders is Tony Martin (quiet but carries a big time trial stick), riding bravely through the first week with a fractured scaphoid bone after a heavy fall on stage one has decided to go no further. Before the difficult mountain climbs begin, and that equates to more pain than gain, he will try to recover before the London Games.

Tony Martin joins Ryder Hesjedal hoping to change their luck for the upcoming Olympics. Good luck to both. 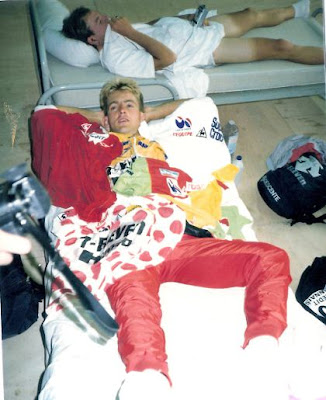 Excellent news coming from Alex Stieda, former yellow jersey holder of the 1986 Tour, is working on bringing a top level, six day stage race to Alberta for September 2013. And, it hits a closer nerve to me because I was born in Calgary. Stieda has support from the Alberta government in the tune of about $2 million and now busy working with potential new sponsors and the UCI. He says the race will definitely happen.


Everything the UCI is telling us now is all good, all positive.


No route has been finalized but they plan to start in Edmonton, ride through the Rockies and finish in Calgary. The Tour of Alberta would be an international race like the Tour of Utah and slightly below the Tour of California...

my Albertan mojo is turned on!

Again, who said rest days are restful especially with the mountain stages upcoming?


As the mountains will surely ramp up more high drama... I leave you with this beautiful, dramatic, black and white image of three-time Tour champion, Louison Bobet looking mesmerized climbing Col de Castillon during the 1950 Tour. A week before the Tour, Bobet won the French National Championship road race and together with Raphael Geminiani tried to topple an unbeatable Ferdi Kubler. Bobet won in the high mountains to Briancon, won the mountains classification and finished third overall.