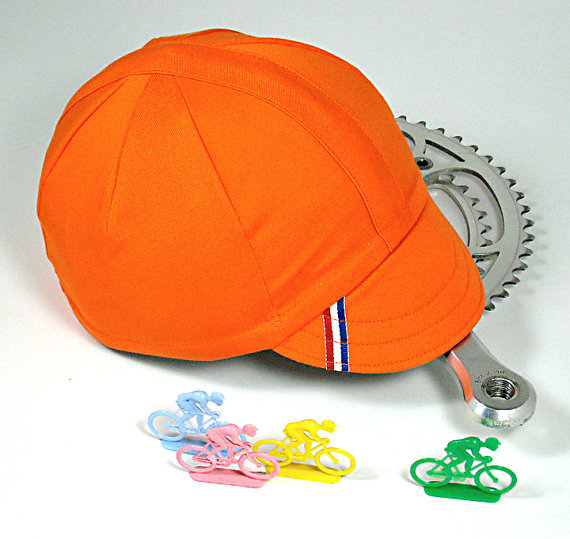 Our handmade OrangeMan cycling cap is on sale
and everything else until Sunday!


With only two days left, Red Dots Cycling is having a Tour de France weekend sale...


We're celebrating offering 25% off every item until Sunday July 22nd Midnight PST. At the check out use shop coupon code:


Philippe Gilbert had caused to be pissed giving his rage to the owner's of that big black dog that wandered on the course knocking him off his bike. Denis Menchov was also forced off his bike and onto the road. BMC's John Lelangue held back his angry rider and led him back to the team car. Fortunately, Gilbert finished the stage only with bruises and not a broken wrist first feared. A dangerous situation where dogs are loose on the course and accidents often happen. Which begs the question, Why wasn't that dog on a lead? 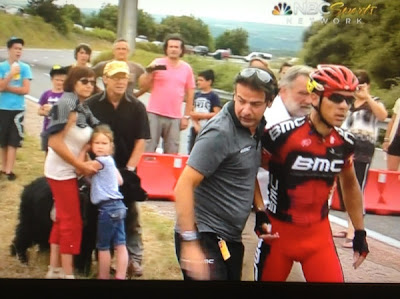 
Yesterday's stage 17 was drama this time for Chris Anker Sorensen (Saxo-Tinkoff). He suffered ugly cuts to his fingers trying to dislodge a piece of newspaper from his front wheel. I didn't see it but I saw the bloody aftermath. Surgery is needed but the courageous Dane did finish today's stage 18. 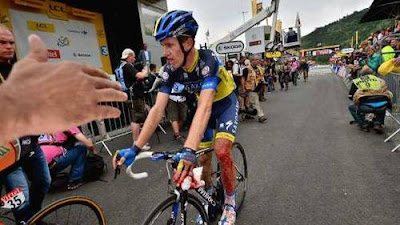 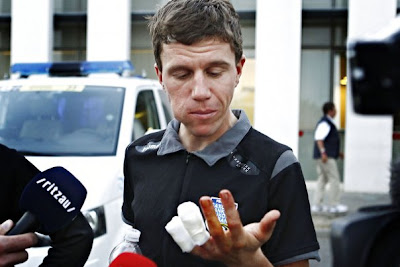 
The Manx Missile put it into high gear by overtaking the breakaway group of Sanchez and the unlucky Nicolas Roche to win today's stage 18. Sky was on top again and what was equally impressive was the  lead out by Wiggins. Cavendish has 22 Tour stage wins equaling the great sprinter, André Darrigade. 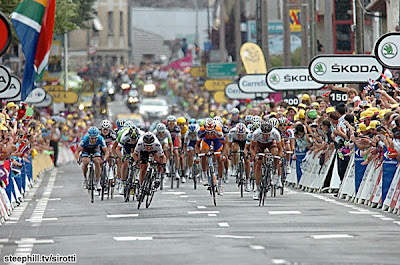 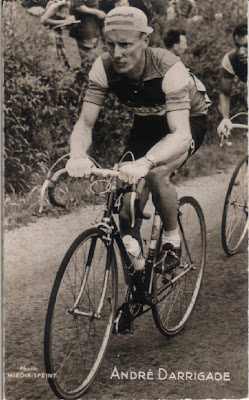 Sadly, one of my favorite riders Mauricio Soler has announced his retirement. After a year since his horrific crash and with encouraging signs of progressing, the 2007 KOMs champion said he won't return to competition. 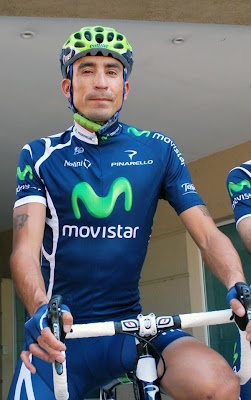 racejunkie said…
I'm also so sad Soler is retiring--what a great climber, and clearly, a true champion. Best wishes to him in his continued recovery!
July 20, 2012 at 3:06 PM