In the fridge... FRFuggitivi, Vino with a twist & Vos the boss 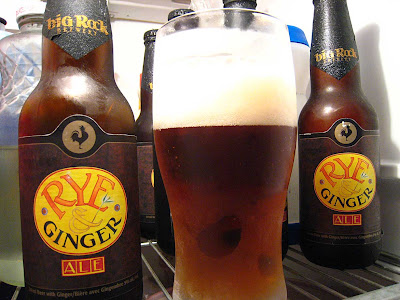 
After celebrating my birthday on Saturday, I'm back with a rare edition of ...In the fridge.

A new ale from the tasty minds of Big Rock Brewery from Calgary, this is a new one called Rye & Ginger Ale. Copper in color this beauty has Rye Malt and pure Ginger and at 5% it's tasty enough to keep enjoying. 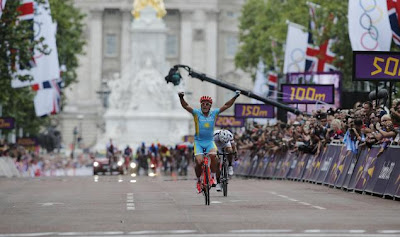 
After enjoying a very warm Saturday birthday brunch at Spanish Bank Beach (thanks Carolle!) my attention turned to the Mens' and Women's Olympic Road Race. Forgive me while I jump the queue and direct your attention, first, to our FRFuggitivi ride to Belcarra Park, this morning. This one a longer distance extending past Port Moody, and with the weather cooperating (sunny & 23C) it was right time for a long ride. 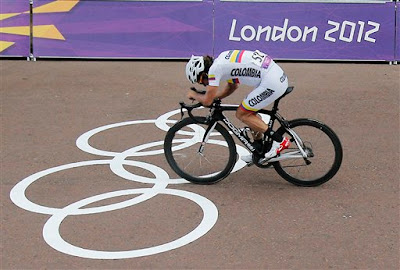 As we climbed out of Port Moody and into another world of tall trees, clean air and.... deer? I once spotted deer on Burnaby Mountain but today a deer was just off the road as I stopped and wrestled with my camera for a picture (see below). My luck, the deer bolted across the road into a private road, never to be seen again. I haven't rode the not so steep road to Belcarra since 2009, and almost forgot how beautiful it is leading to scenic Belcarra Park. 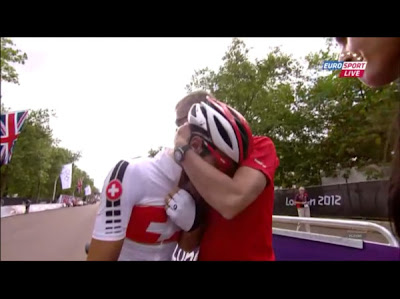 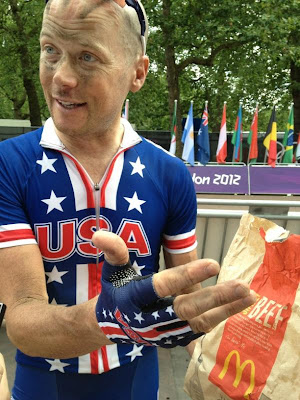 Not as steep as last Sunday's torment of the Col du Indian Arm, we stopped to admire the breathtaking view and watch the crab fishing with Indian Arm in the distance. This was my longest ride this season a happy; 74 kms in 3 hrs 15 mins.

Now, the Men's road race was won by the anti-hero; Alexandre Vinokourov. Say again... who?

He stole the show from Rigoberto Uran with 7 kms remaining. Alexander Kristoff was 8 sec behind as Vino stopped the heavy favorites from reaching the podium. A bit anti climatic for a rider that is a unrepentant doper at the 2007 TdF. Fabian Cancellara's head first crash into the barriers made me wince as he slowly got back on his bike nursing a grazed and swollen right elbow to finish gallantly five minutes down. Stuey O'Grady rode his sixth Olympics in sixth putting the hammer down, being aggressive throughout the race and at the end still in contention for a medal. And what about Ryder Hesjedal? His misfortune of riding as the lone Canuck finished in the pack... in 63rd.

For the victorious Vino, who will retire after the time trial, a well planned attack to win a somewhat tarnished Gold medal victory.


Marianna Vos is the boss in the women's road race. 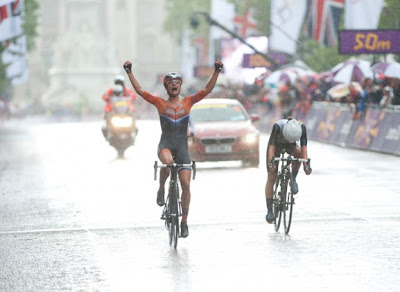 
In the rain-soaked road race, and there were many crashes, she emerged the strongest from an exciting race full of attacks and drama. Lizzie Armitstead was beaten by Vos the boss, for second. Olga Zabelinskaya took the bronze. I believe it was one of the most exciting road race ever, and if there was ever a sport that needs added sponsorship ...it is women's cycling! 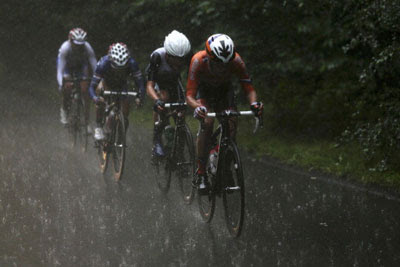 Our Sunday ride up to Belcarra! 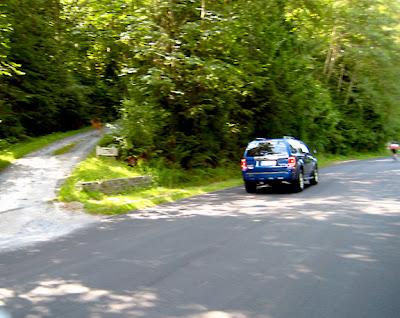 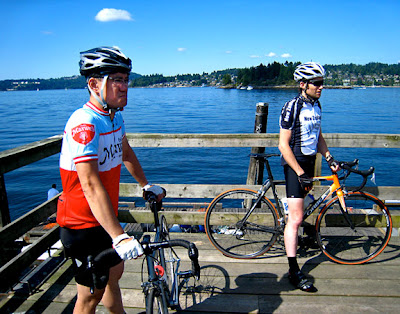 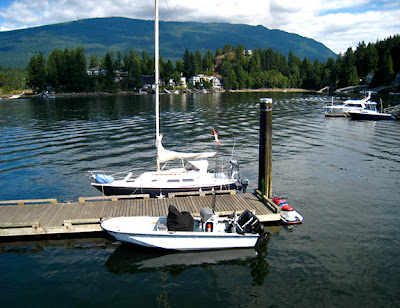 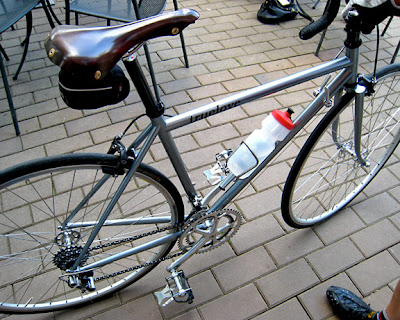