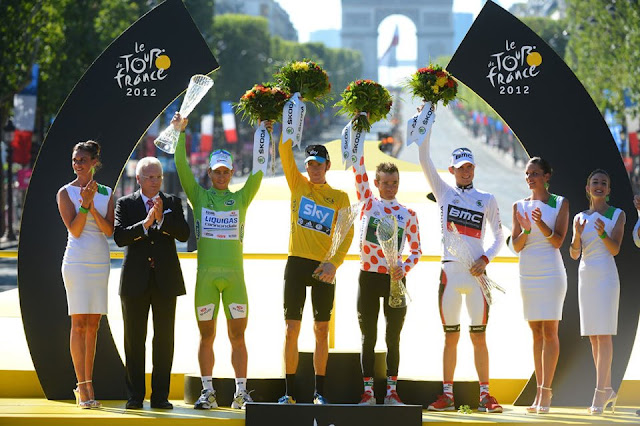 In the aftermath of Bradley Wiggins superb victory of the 99th Tour de France, I'm now in my post-Tour blues funk.

Congratulations go to Bradley Wiggins becoming the first British rider to win the Tour alongside a dominating Team SKY. Riding on a British success: Cavendish (3), Wiggins (2), Millar (1, Garmin Sharp) & Froome (1). This was a record for British wins in the Tour. Really, the killer SKY machine worked so well they achieved Tour success within their predicted five-year goal set after Beijing. Now, it's London Calling for the SKY boys are they're set to let 'er rip:  Cavendish (road race), Froome & Wiggins (time trial).

One can't deny the gutsy ride by Cadel Evans. Troubled by sinus problems early on in the season, it was hard for him to find form. Then bad luck and illness was his coup de grace at the Tour. I'm sure he'll be back, as he said, for next year to give it another shot. BMC's loss was their gain with Tejay Van Garderen beating Thibaut Pinot (FDJ) for the coveted Young Rider Classification. Steven Kruijswijk (Rabobank, 3rd) was way back over one hour in arrears. At 23, Van Garderen has the makings of a Tour contender. He'll give Evans another hand at the Tour then it's all for him. 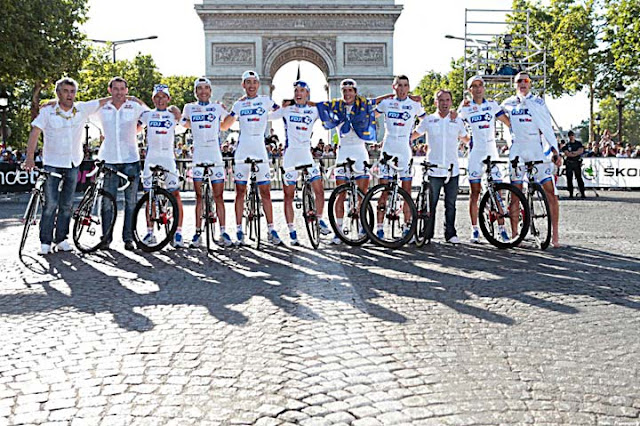 Vive FDJ!
How can you not forget Marc Madiot screaming for Pinot!

Chris Froome if allowed to chase victory would've made this Tour more interesting so a new team is most likely in the cards for him. Peter Sagan (Green Jersey Classification, 3 stages) is the rider of the future and almost has the complete package for a Grand Tour winner. Respected, George Hincapie showed 'his way' by leading the peloton onto the Champs-Élysées one last time. An Italian on the podium: Vincenzo Nibali was third overall. And, Chris Anker Sorensen won the best aggressive rider of the race. The badge of courage was riding with his two injured fingers after pulling some newspapers from his front spokes. The French are in a sense back in their own Tour with Roland, Fedrigo, Pinot and Voeckler (KOMs) as stage winners. 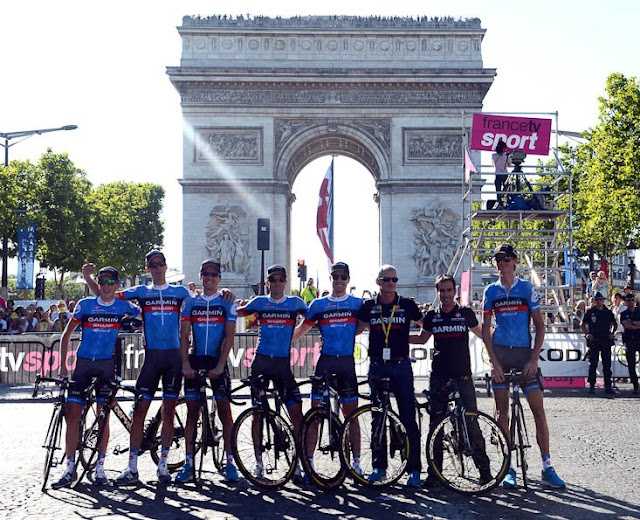 Kudos to the six-man Garmin Sharp squad, Millar-Time won Stage 12 & they all
rode aggressively to Paris!

Tuft Disadvantage... Ryder will be alone,

I'm already looking forward to July 28th for the Olympic road race and at the same time celebrate my birthday. All Canadian eyes are on Ryder Hesjedal. Can Hesjedal continue to perform wonders and succeed off his monumental Giro d'italia victory and produce an even monumental Olympic ride? 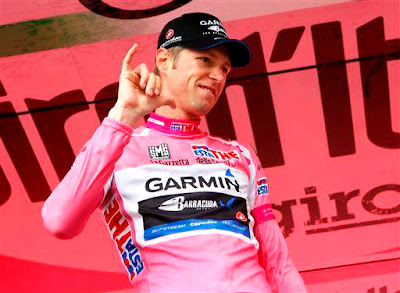 
The world governing body of sports allocates Olympic berths by points. Canada only has a few, at the elite level. Barry said Canada did not enter enough riders in continental competition to make up the shortfall.

Hesjedal, whose nickname is 'Weight of a Nation,' is used to shouldering Canadian cycling hopes. Before the Giro, no one, I mean, no one would've picked him to win. So maybe, it's a good advantage for him to come into the Olympics riding under the radar...


It won't be easy, besides ...I believe Ryder likes it this way!