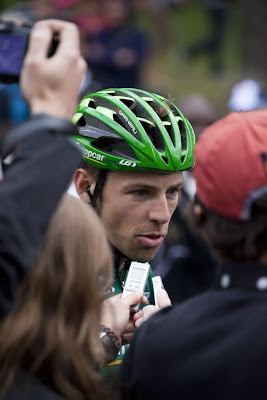 David Veilleux put in a good attack and
came away with a strong 24th overall. 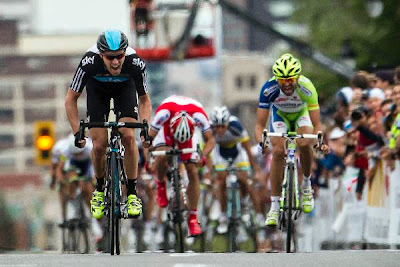 Thirty-six year old, Michael Barry, Canadian fan favorite and 14 year veteran rode his last home race before calling it a career after the Tour of Beijing.

The fireworks went off with one-lap to go of a 17-lap 205.7-kilometer course over and around famed Mont Royal. Inside the last 7km to go mark, an early attack by Greg Van Avermaet (no doubt thinking of erasing his frustrating 2nd place in Québec) was reeled in by an aggressive Hesjedal. But a group of about 20 riders formed, then Lars Petter Nordhaug bounded away with 4km remaining. His yeoman duties done he was told by captain Boasson Hagen to just GO! He blasted past an excellent Moreno Moser (2nd) and Alexandr Kolobnev (3rd) to score a decisive win.

How about valiant Canadiens?


Hesjedal wins the best Canadian rider. Michael Barry bows out with the satisfaction of helping his team Sky win, a role he cherishes. 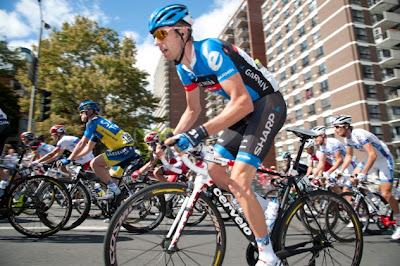 Ryder is back on-form ...will he go to the Worlds?
photo: Casey B Gibson 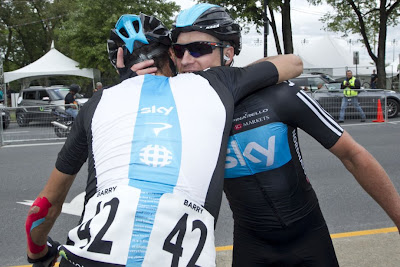