Philippe Gilbert: Over the Rainbow. 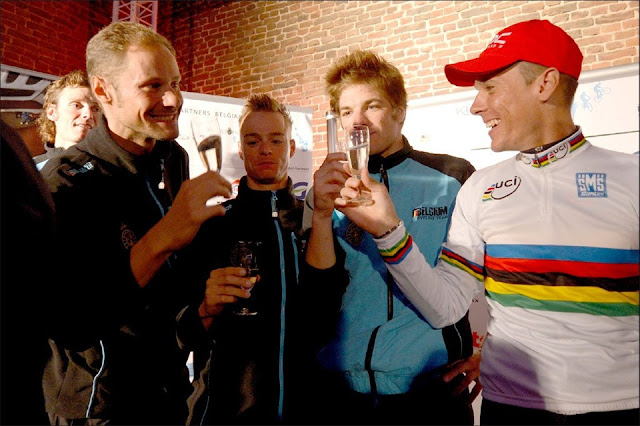 The Belgian posse that performed outstandingly!


When I watched the King of the Ardennes, Philippe Gilbert launched that  brilliant attack on the last climb up the Cauberg to win the world road race... I had a good feeling there was no way anyone could go with him. 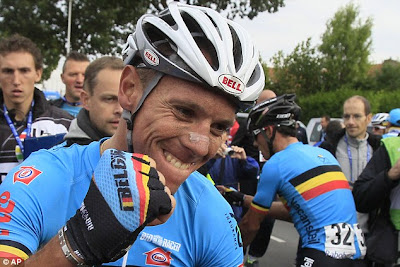 
The bookmakers pegged him as the pre-race favorite, and after coming back to form winning two stages in the Vuelta a Espana, he's found his mojo. The former two-time winner of the Amstel Gold Race proved patience is a valuable ally. He turned the tables on a dismal season into a winning one and now directs his attention to, avec Le maillot arc-en-ciel, to Saturday's Il Lombardia. He will sidestep the Giro del Piemonte, a race he's won twice (2009, 2010), a race that he use as a warm up for the last monument of the season.


For me, just to see Gilbert in the rainbow stripes will appease me but to win a third IL Lombardia... I'll be 'over the proverbial rainbow'. 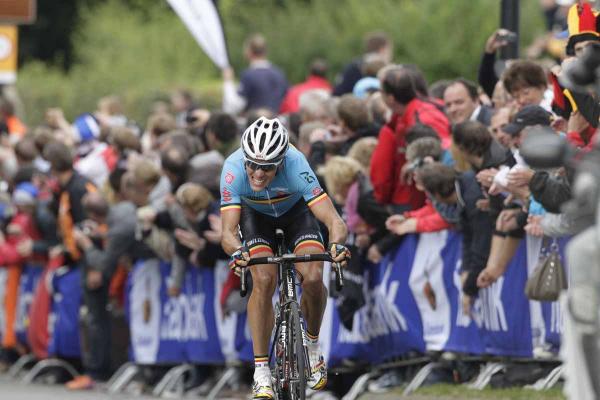