At the Heart of the Action 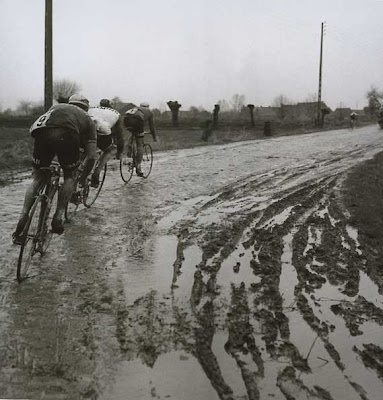 That's an important date, I have it memorized. Last month the UCI confirmed the dates of the 2013 WorldTour series. You all probably guessed that it's ... Paris-Roubaix!

You may have seen these fine videos of the heroic Mavic Neutral Assistance team, ready just like an army for the battle in hell. Join these guys in autos and motos as they help any rider in need (flat or mechanical). They know the 258km route well as they juggle to keep the riders and themselves in a balance state of control chaos. It's amazing to see that these skilled yellow superheroes zip in and out of the action at times dangerously close to crashing.

The Mavic Servic Course Neutral Support was created in 1973 and pressed into action at that year's Paris-Nice. Their famous motorcycles first made their appearance at the 1984 Paris-Roubaix.

It's only six-months away until P-R, and I'm wishing for cobbles slick with rain and mud. That b&w image captures the muddy 1960 edition. The weather is a key factor that determines the outcome... the other rider luck. Always an exciting race to follow because there is so many dynamic 'riders' ready to become legends. 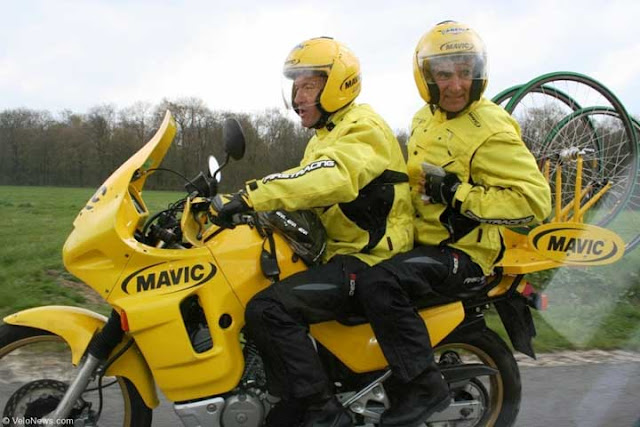 When the cyclists have a flat or mechanical and there's no team car in sight...
they can always count on these riders in yellow! 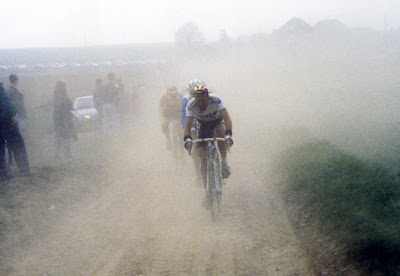