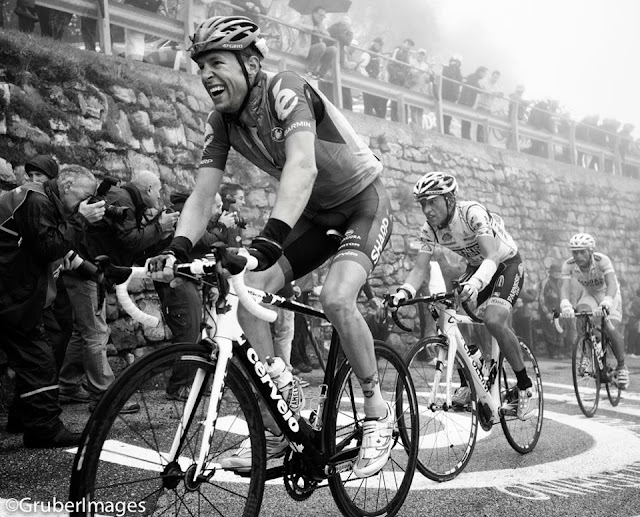 On our recent bikesbooksbeers podcast: 'Revolution', Guy and I discussed whether Canadian cyclists even know that Ryder Hesjedal is the 2012 Giro champion. Naively, I'd like to believe that most cyclists I see riding by knows this important fact. Then, again, we're not cycling mad Belgium or Italy the passionate land of cycling. We're a young humble hockey nation wrestling with the disappointing fact of a NHL player's strike. This hockey season seems close to going up in smoke. But, as the smoke gets hazier on the ice, cycling continues to roll along, right towards to the Tour of Beijing.

I just learned that Ryder Hesjedal will line up to lead a strong Garmin-Sharp squad with the goal of perhaps a stage win or even better the overall win. He inches ever closer to a major classics victory, riding to a strong sixth place in Il Lombardia. There is a glimmer of cycling hope. I remember after our Canadian Giro moment, my cyclist friend, Jim (who knows nothing about cycle racing) said to me, "How about that Ryder guy?" The rise of cycling as an all-important sport is already here and it won't be long before every Canadian cyclist knows who Ryder Hesjedal is.


The 2013 Giro route looks quite mountainous and time trial-heavy. France, at least for stage 15, will star with the famous summit finish of the Galibier. Remember the Giro of the 70s when Eddy Merckx ruled? The Tre Cime di Lavaredo returns! And, the Gavia and the Stelvio mountain passes will give this most highly interesting Giro my thumbs up! 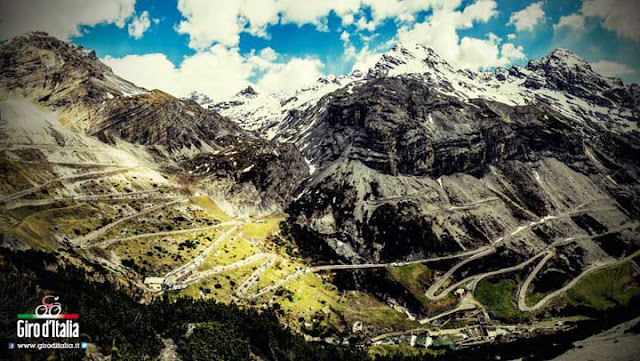 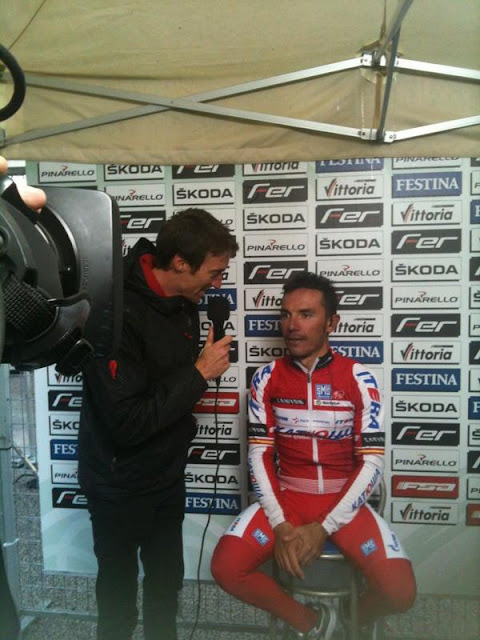 After Il Lombardia, Purito said...
"Since this morning I just felt that things would go right. I saw
people getting tired during the race and I was feeling good. But I
didn't think I'd be going to the finish on my own."

Joaquim Rodriguez's Il Lombardia victory moves him past Bradley Wiggins in the World Tour ranking to first place. Purito is the number one World Tour ranked rider with 692 pts and Wiggins is second with 601. 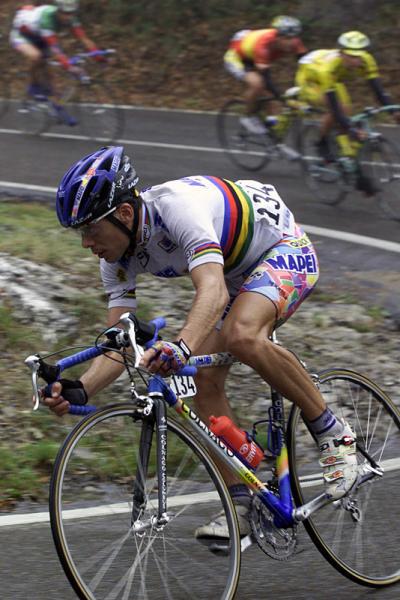 The Classy Cat rode on many Colnagos.
Here's the world champion on the C40 in the
2001 Giro di Lombardy.

Oscar 'the cat' Freire, three-time world road race champion, has retired after an amazing 14-year career. The 36 year-old classic specialist failed to win his fourth world title and decided time was right to bring the curtain down in Valkenburg.