One More Time with Panache!

Il Lombardia is now over, and a good thing for newly crowned world champion, Philippe Gilbert. 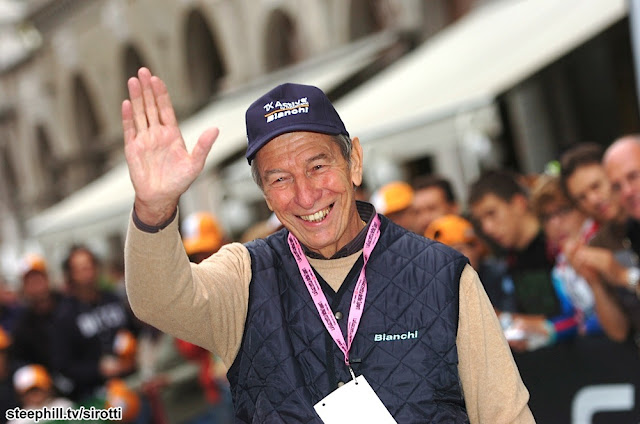 The great Felice Gimondi turned 70 years old and
was honored at the start in Bergamo!

He crashed out in the last great Monument classic of the season, during a rainy descent after climbing the Mur di Sormano. A climb that looked every bit painfully steep as advertised. But, no matter, Gilbert can rest assure that he gets to wear the coveted rainbow jersey into next season. His crash was plain, bad luck but hopefully his world championship win will energize him for a fruitful 2013. 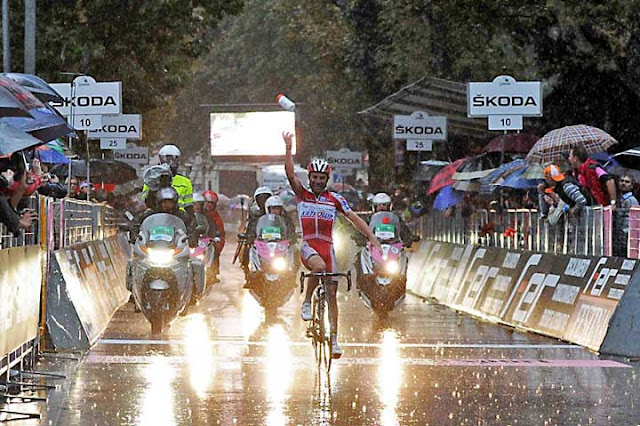 Il Lombardia was a true test of attrition. Some 54 riders were left and finished a massively tough race. Cue in the rain, at times pelting the riders to add misery to an already epic day in the saddle. 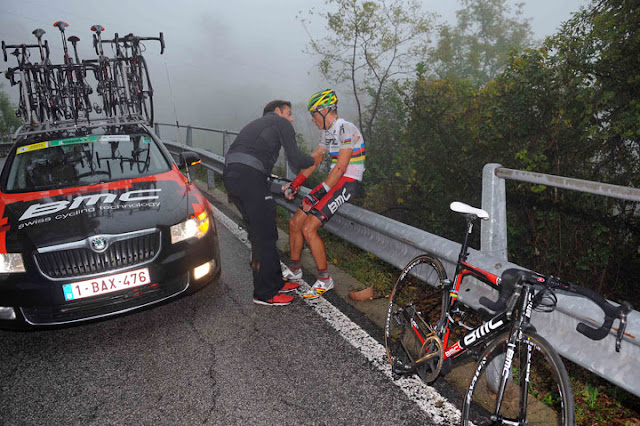 Worthy winner, Joaquim Rodriguez who rode like an hardened Belgian classics rider, bolted away on the final Villa Vergano climb. He cut through the rain soaked roads with a confident ease. 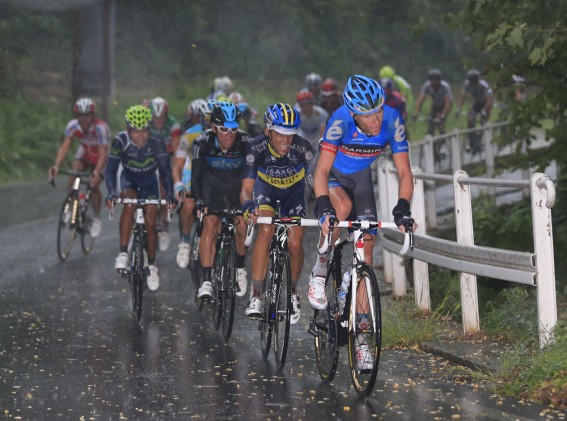 Ryder piling on the pressure...
Contador in the hurt locker!
via Graham Watson


Ryder Hesjedal put in a very good ride, befitting the Giro champion, but missing Rodriguez's attack. He couldn't get organize with his fellow chasers and rolled in for a credible sixth place. It was a great day for Spain, Samuel Sanchez was second and Rigoberto Uran in third, a spectacular finish for the young Colombian who recently won the Giro del Piemonte. Can the big win be far behind for the Colombian? It's a matter of time...