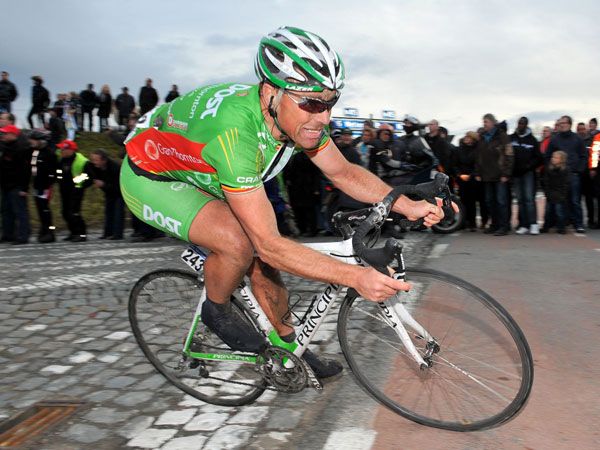 Rambo will bring it to the table for another season!

That means he will be the oldest rider in next season's peloton piping Jens Voigt and Chris Horner. Now, that's to assume that Horner is returning, as for the other two veterans they have confirmed riding the 2013 season. 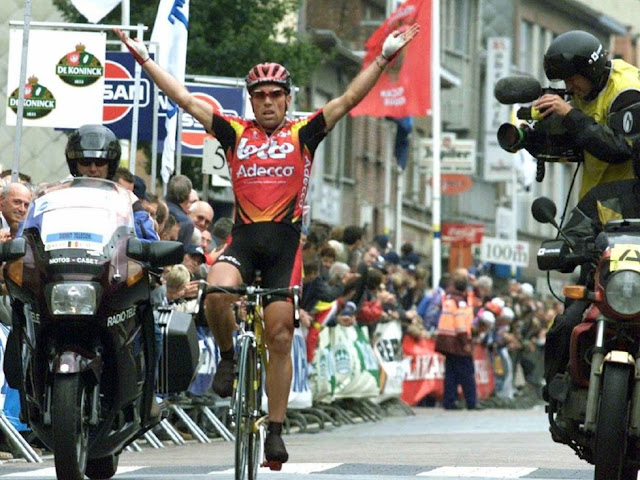 Niko Eeckhout is a standout rider starting in 1993 for Collstrop. His break through season was 2001 for Lotto-Adecco with 11 victories showing his Belgian classic strength in Dwars door Vlaanderen and GP van Steenbergen. His biggest victory was 'beating up' on Tom Boonen and Philippe Gilbert to win the Belgian National Road Championship.

Why Rambo? He's known for his stocky build and his unrelenting toughness in severe conditions; rain, wind, cold & cobbles. His last victory was last August as he rode away to win solo at Schaal Sels-Merksem. With this win in hand he made his decision to continue on for another season.

I'm very happy he will be back riding in his 5th season for An Post Sean Kelly. What better way to flex his riding muscles under the guidance of King Kelly... a perfect match, with bike a-blazin'!

Groover said…
Did I read this correctly? JV will continue his career with the Bruyneel equipe?
October 15, 2012 at 2:18 PM