King of the Spanish Mountains Retires 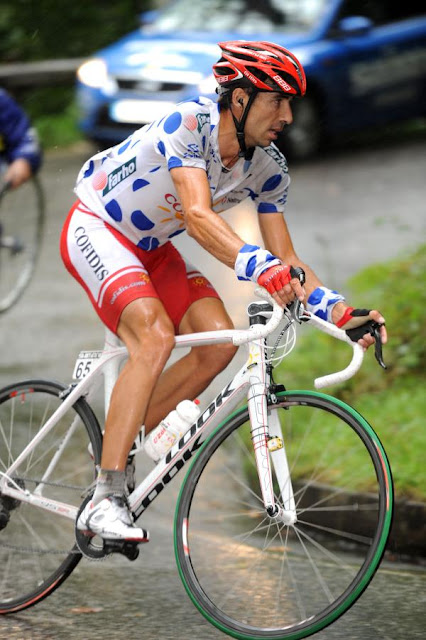 Sadly, we won't have the pleasure to witness French climbing ace, David Moncoutie try for his fifth KOMs classification in next season's Vuelta.

He announced his retirement after 15 humbling years in the service for Cofidis. Unusual, where the average rider can ride for many teams in the span of their careers. He is 37 years old, is it time to go? Don't say that to Jens Voigt and Niko Eeckhout.

In 2010, he hinted of retirement. After 11 consecutive Tour de France finishes (2 stage wins) he unceremonious crashed on the descent of Col du Grand Cucheron breaking his collarbone. That was in July. He abandoned his final Tour. However, there was no way the Frenchman was going to stay away from his beloved Vuelta. 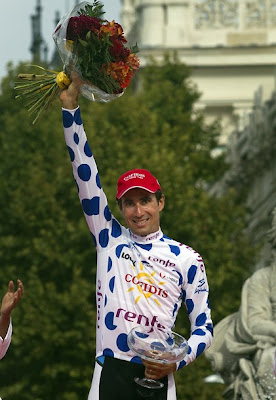 Moncoutie really was in his element in the Spanish mountains. Rarefied air for a climbing specialist. He is tied for consecutive KOMs wins, the standing record is four in a row, set by Gino Bartali and Manuel Fuente at the Giro. His Vuelta KOMs record is: 2008, 2009, 2010, 2011 including four stages.

Unfortunately, his Spanish high affair stopped. He could only managed 10th in the KOMs classification and no fifth consecutive stage win. As it stands, there remains one 5-time KOMs Vuelta winner Jose Luis Laguia.

Known for being humble and modest with no pretensions for bike technology and a rider that likes 'to be on my bike and to ride. That's when I'm happy.'


Thanks for the high memories! 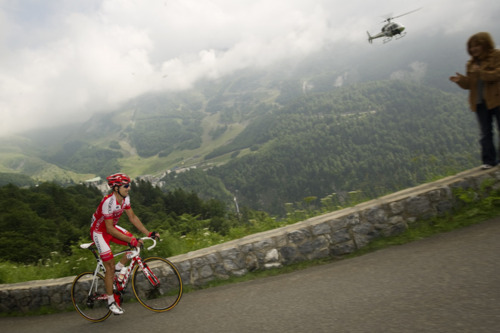 Soaring up there in the Tour!
photo: AFP/Lionel Bonaventure