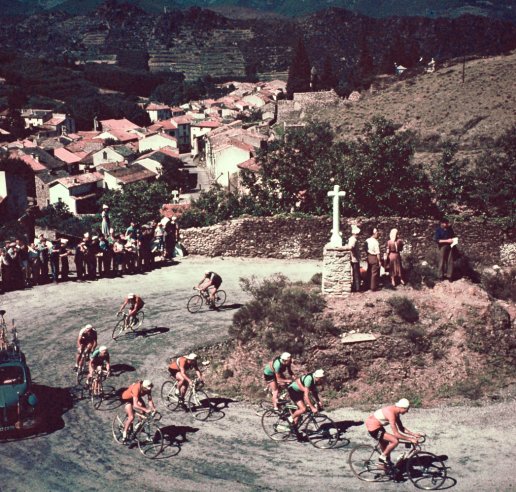 A climb with the Cross.
photo: Frank Scherschel-Time & Life Pictures

Here is a fantastic image from the 1953 Tour de France.

The Tour celebrated it's fiftieth year with the introduction of the new points competition, le maillot vert. Switzerland's Fritz Schaer won the first two stages and held the points competition and general classification. By stage 11 he lost the yellow jersey but earned the title as the first winner of the points classification. Louison Bobet won this Tour on his sixth attempt. Whilst the French star was on the rise, an Italian star was ending. Gino Bartali finished his last Tour in eleventh. 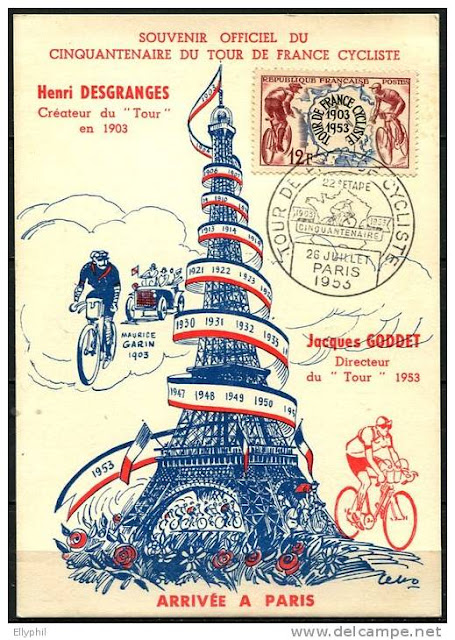