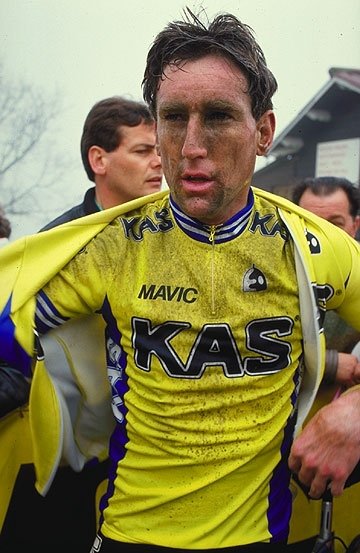 
One of the all-time successful Spanish cycling teams was KAS.

KAS, a soft drink manufacturer, ruled the cycling roads through most of the years between 1959-1988. My earliest memory was the high flying Sean Kelly winning his second Paris-Roubaix (1986) in the classic Kas yellow/blue jersey. I remember him taking the final sprint, easily, from Rudy Dhaenens and Adri van der Poel. The Irishman wasn't the only champion to don the classic jersey... 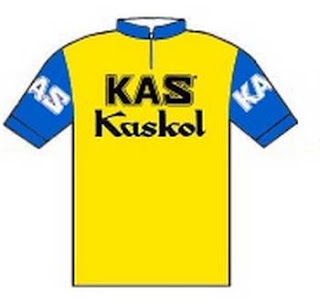 Federico Bahamontes won the 1959 Tour de France. Little known climber and the man with probably the longest name in cycling, Francisco Gabiacacogneascoa was 1st overall in the 1966 Vuelta. Jose-Manuel Fuente, nicknamed El Tarangu for a man of strength and character, was a two-time Vuelta a Espana winner (1972, 1974). Lucien Van Impe, the classy climber was a stage winner in the 1979 Tour. And, Sean Kelly was the 1988 Vuelta champion, his final year with KAS. 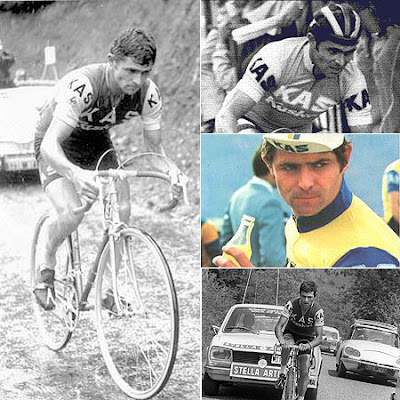 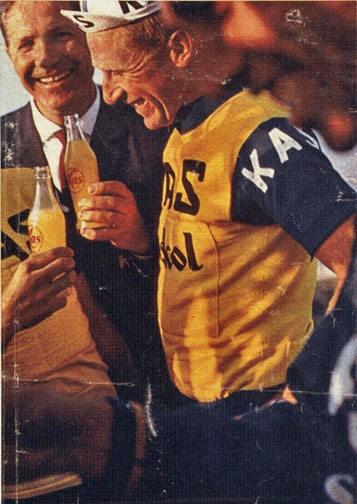