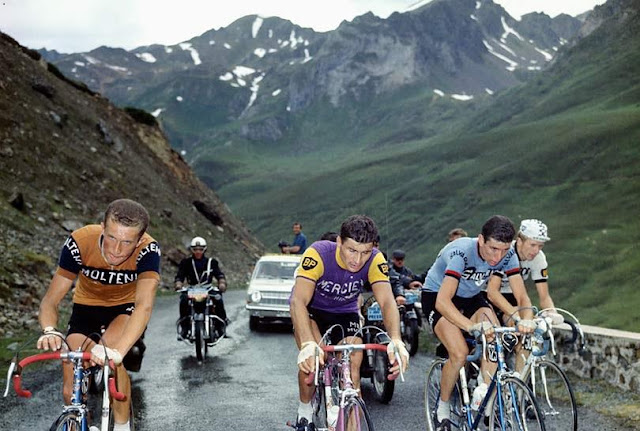 Soaring in the Pyrenees.

Felice Gimondi, turned Pro in 1965 and it was a memorable start for The Phoenix.

He had the winning credentials after victory in the mini Tour de France... the 1964 Tour de l'Avenir. Before the 1965 Tour, Gimondi was added to the Tour due to a withdrawal from another cyclist. He went on to score a spectacular victory including three stages ahead of Raymond Poulidor.