The Tour Méditerranéen has some exciting racing this early season for most...

Today's stage 3 to Saint Rémy de Provence is cancelled due to 'logistical problems beyond our control,' said the organisation. How about more disappointment? For Andy Schleck it's like a bad highlight reel as he quits during stage one. He does not look comfortable and it looks like a long road to the Tour for him. Five-time Italian tt champ, Marco Pinotti braved the 24km tt finishing from a fall, breaking ribs and injuring his shoulder.

Where's the good news? Lars Boom won the TT and is the new yellow/white polka-dot jersey race leader. Honestly, this has got to be the wildest race leaders jersey of all time... 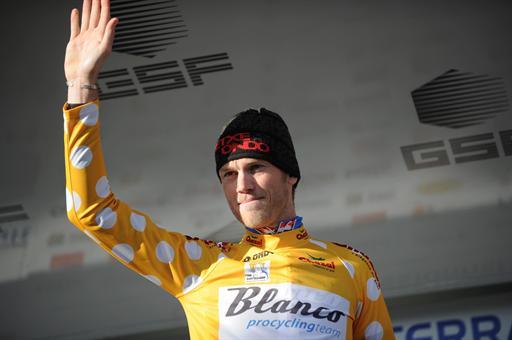 Boom and white polka-dots... it's slowly growing on me.
via courrier-picard.fr

Saturday's Mt. Faron climb should be a doozy with the climbers itching to do their thing. Look out for the Escarabajos of Team Colombia as they will want to make their early season climbing stamp of approval. Here's a peak of them at training camp.


Our weather has finally broke with no rain and very pleasant temperatures hovering around 7C. So that means our FRFuggitivi squad; Guy, John, Mario and yours truly embarked for our first ride of the season to Iona Park in Richmond. Plenty of folks out bird and plane watching along the outer edge of the airport and of course, some cyclists. I finally put in a nice long ride tallying 46 kms. And it feels good to finally break the two hour barrier this early season. Also it's good to get back into contact with the squad. We already decided to tackle more mountains this season and that means I had better get into shape sooner than later. Guy has the advantage of winter training in New Zealand... he's ready. 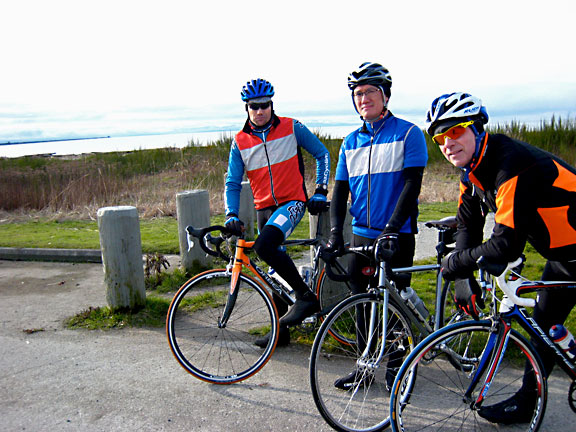