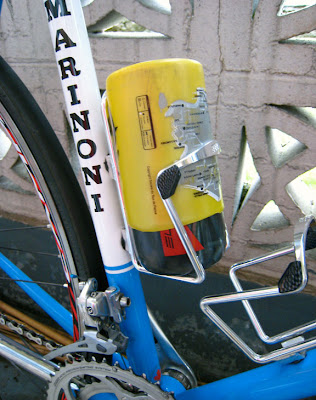 Friday file and I decided to change up my worn out saddle bag for a dyi tool carrier. Whilst, it won't give me a second water bottle it will give me a larger container to carry my tools, tubes and things. A good trade off. It's one of those bikey cosmetic changes I always wanted to make. Made from my oldest bidons, fitting for my next ride. Plus it holds more stuff than my old saddle bag! 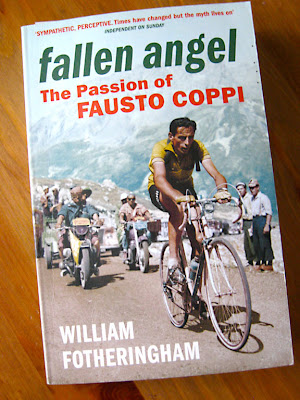 Thanks to Guy for Fallen Angel: The Passion of Fausto Coppi by William Fotheringham. My current February book and after reading the first chapter, it may very well be the definitive story of the Campionissimo!

The 2014 Giro d'ltalia will start in Ireland! Italy's grand tour goes to the Emerald Isle...  Good to see Sean Kelly and Stephen Roche with opening remarks...

My attention turns towards this weekend of classic cobbles with Omloop Het Nieuwsblad and Kuurne Brussels Kuurne. Weather forecast for Sunday's battle calls for snow. If that happens, either it makes for more dangerous riding or they completely scrap it. It's rare for a race to be cancel due to the snow, but it happened twice in KBK history; 1986 and 1993.

“If there is snow expected on Sunday, we will have an alternative route. The 'hellingen' will be taken out and we will just go over major roads. It deals with La Houppe (Vloesberg), Kanarieberg (Ronse), Kwaremont and the Côte du Trieu.”
“If there is really a lot of snow then we would be forced to consider cancelling the race. We will meet Sunday at eleven for that. But that is really an extreme case.”


Bring on the Classics! 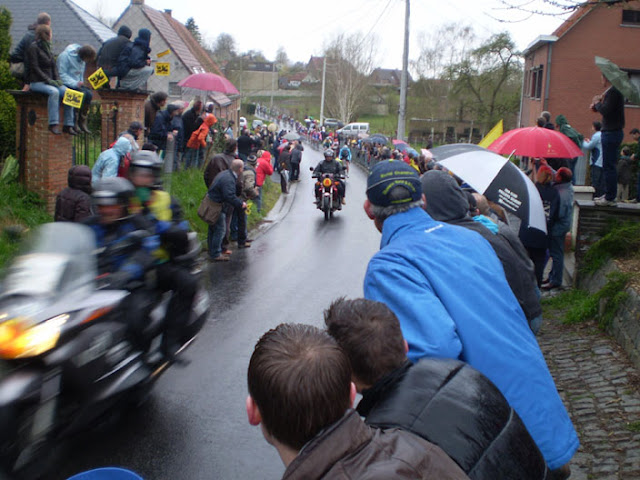 I'll be watching!
via cxmagazine