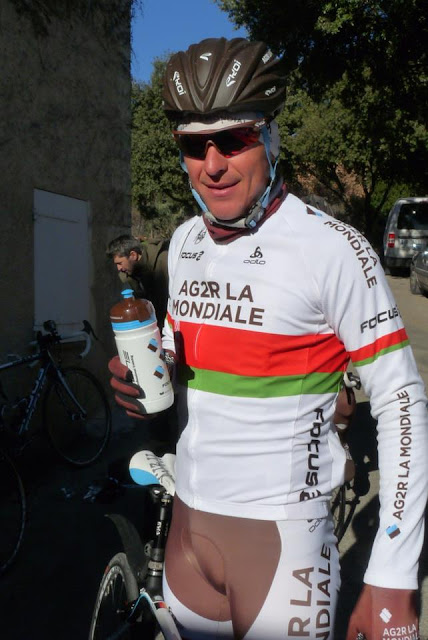 
Looking ahead to this Sunday's Kuurne-Brussel-Kuurne will literally be a battle to the line for the sprinters.

What is the definition of a cycling sprinter? Here's what wikipedia states...


A cycling sprinter is a road bicycle racer or track racer who can finish a race very explosively by accelerating  quickly to a high speed, often using the slipstream of another cyclist or group of cyclists tactically to conserve energy.


What is missing is... Rouleur;  French for roller and it's a cyclist who performs well on flat and undulating roads.


Not as kasseien/hellingen crowded like Saturday's Omloop, KBK is still loaded with the classic Belgian terrain and is carved out to be the domain of the fast men. In fact, the last climb comes 53 km before the flat finish. It's not a sure thing that the Belgians will win on home soil. It's true the Flandrians have the most victories at 50 and counting. But, my prediction goes to tried and true tough man the Belarusian, Yauheni Hutarovich. The 29 year old is cunning and brave enough to beat the best of them, he took out Cavendish, Farrar and Petacchi to win stage 2 of the 2010 Vuelta a Espana. His biggest win to date.

New horizons await for the newly signed 'Huta' on Ag2r-La Mondiale. Leaving FDJ after five good seasons, the sprint powerhouse will turn his direction, starting this weekend, in the northern classics. His pave credentials are very good; first in the semi-classic Nationale Sluitingsprijs (2012), third in Scheldeprijs (2011), second in Paris-Brussels (2012) and second in KBK (2011, 2012).

Ag2r has a solid team going into KBK: Y. Hutarovich, A. Rivard, D. Appollonio, G. Bagdonas, M. Belletti, S. Minard, S. Chainel and Canadian Hugo Houle. And motivation is high; a new season and a new team. Hutarovich has come so close to winning KBK and whilst he has the heart and cunning ... this time he'll have the luck to win!


KBK: the course and startlist.