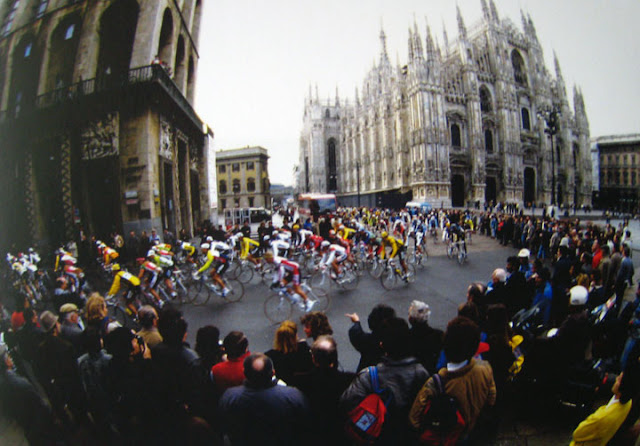 The famous start in front of the Duomo di Milano.


'Spring' starts this Sunday with the 104th edition of ...la classica di Primavera.

The weather forecast calls for a mix bag of snow or rain, if that's the case - boy it will be epic. Excitement is building to the traditional start to the cycling season and my money's on Slovak champion, Peter Sagan. Only 23 years old he has what it takes to win the monument treasure. 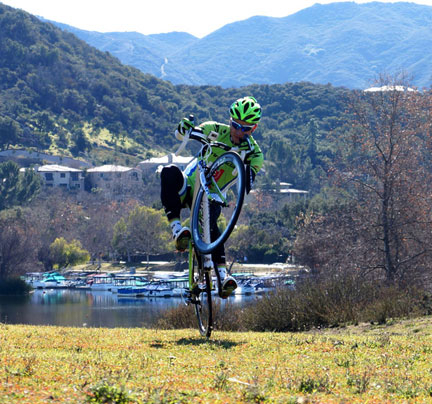 Waiting to pop a wheelie this Sunday!

Two stage wins in Tirreno against urber sprinter's Greipel and Cavendish tips him off as a huge favorite. Of course, anything can and probably will happen during the 298 km race. The Terminator confidently said, "I think the team will ride to support me in the race. If it turns out a different race, Moreno Moser (Strade Bianche winner) gives us another guarantee and that means I could be even more comfortable, and confident."

Confident words worthy of a champion. The challenge is set for all of the riders to avoid the crashes, punctures, tackle the 8 climbs and with luck to be in the final gallop into San Remo.

My prediction: Peter Sagan for his first monument win. 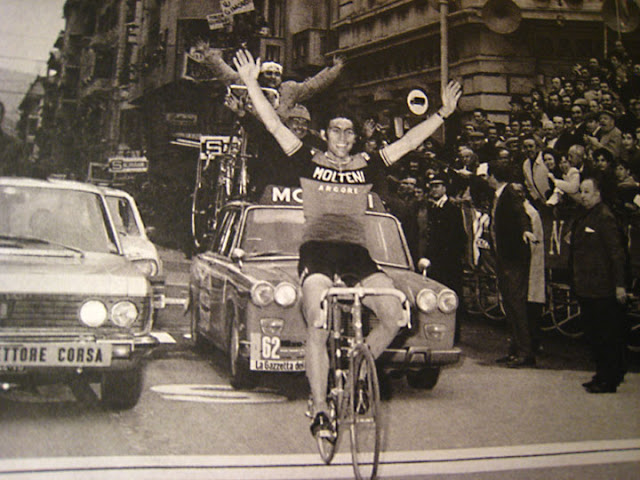 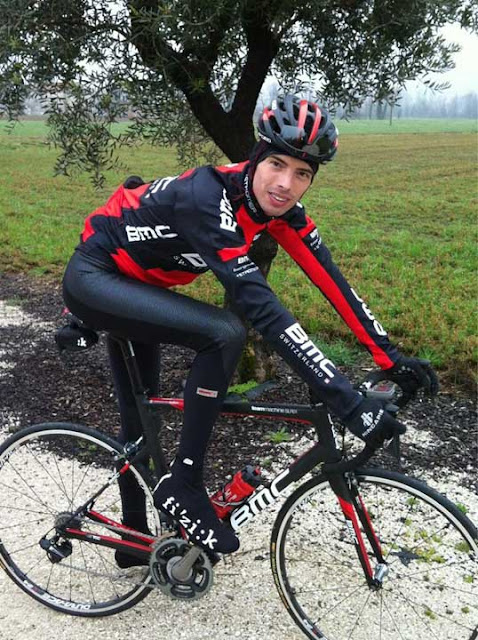 Ballan back on his bike, earlier this week... Chapeau!

Classic strongman, Alesandro Ballan will miss la primavera, recuperating after his accident in Spain. He suffered broken ribs, a punctured lung and had his spleen removed. It wasn't over, he had further complications and doctors removed his appendix. His outlook looks promising aiming to return to racing in the Vuelta (August 24th). Here's a cool video from Fizik. 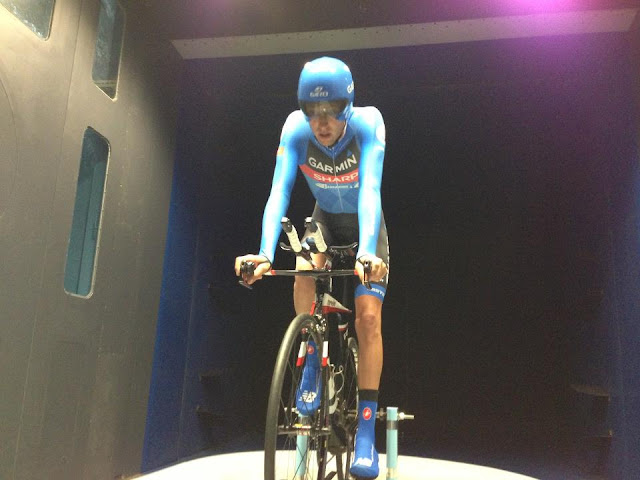 Ryder Hesjedal at the Castelli Windtunnel getting it right for the
Volta a Catalunya.

Once Milan-San Remo ends, the 93rd Volta a Catalunya begins March 18-24 in Catalonia, Spain. This WorldTour race is an important Tour preparation race. Stage 5 into Lleida will pay tribute to Catalan rider Xavier Tondo who died in May 2011 preparing to leave for a training ride. The stage finishes in Tondo's home town of Valls in front of the Xavier Tondo Sports Centre. 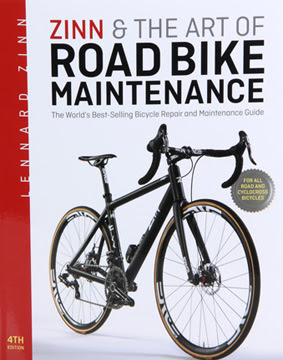 I just received, Zinn & The Art Of Road Bike Maintenance from my local library. This is brand new, the 4th edition. Well known for his easy-to-follow instructions, Lennard Zinn's guide is the bible on how to take care of your road bike. It surely will help me, Mr. all thumbs ...improve my wrenching skills.

I'm a dog lover and here is a cool photo of 53 year old, Mitch Seavey after winning the Iditarod Trail Sled Dog Race in Nome, Alaska. He also won in 2004 and becomes the oldest winner. What does Seavey win? Well, he wins $50,400 and a 2013 Dodge Ram and... the adulation from his four-legged team! 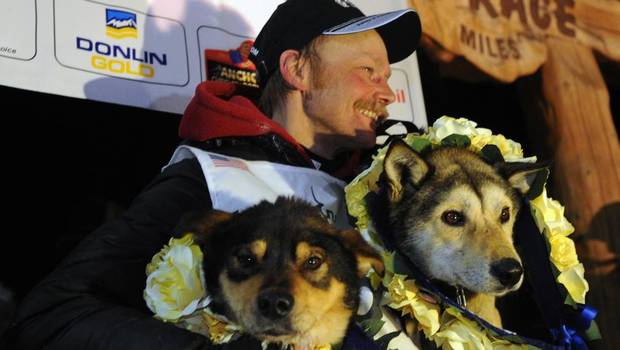 Seavey & a few of his winning team.