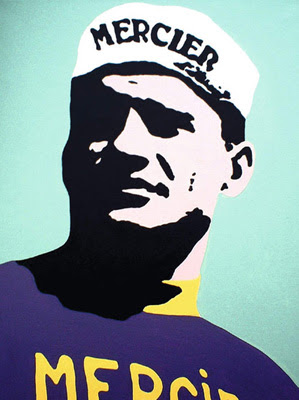 The man that rode for French team (Mercier) all of his cycling career recorded 189 victories. Not only did he battled in two eras and two great riders; Jacques Anquetil and Eddy Merckx, he was adored by the French fans for being the underdog. He also won big; Milan-SanRemo, Fleche Wallonne, Criterium International, Dauphine Libere (5-wins), Paris Nice and the Vuelta. His Tour de France record is exemplary; second place three times and third place five times and not wearing the yellow jersey.

French film-maker, Louis Malle made Vive le Tour an endearing look at the 1962 Tour ...yes with PouPou in glorious third!