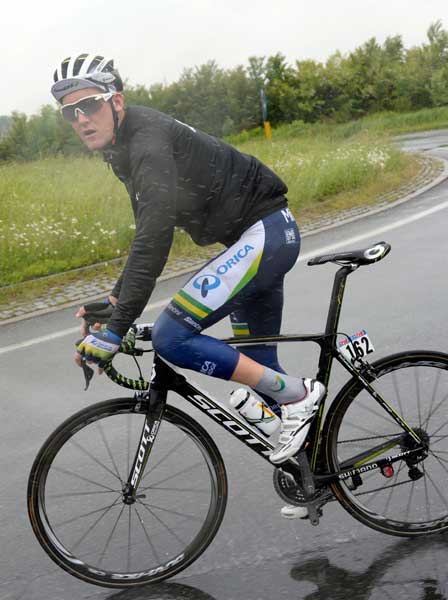 A day to forget?
via greenedgecycling


Stage 14 was anything but normal.

The miserable weather knocked out the Sestriere climb and organizers re-routed adding 13 kilometers to the day. Due to the weather, the helicopter was grounded thus unable to broadcast a live feed. RAI did it's best to entertain, by interviewing the fans along the route. Thanks to Twitter I was able to follow the action via Assistant DS Julian Dean of Orica GreenEDGE...


Five months into retirement, this was not one of the days where I missed racing. I was very happy to be in the car and sorry for the boys as they suffered in the cold and wet, looking for ways to stay warm.
We assisted with clothing changes all day long. The riders were constantly swapping jackets, gloves and whatever else they could to stay as dry as possible in the rain. At one point, we had Chinese laundry going in the car, trying to dry out the guys’ clothing that they had been wearing to give them the option to exchange clothes again later in the stage.
As bad as today was, it doesn’t deter professional bike races. The first hour of racing averaged 46 kilometres/hour. Three hours in, and they’re averaging 42.5 kilometres/hour. By this point, the riders had become so cold, they were unable to accomplish basic tasks. They had to drop back to the car so that we could open their PowerBars for them because their hands were no longer functioning properly. God bless electronic shifting on Dura Ace. It’s much easier to push a button than shift a lever.

Towards the end of the stage, my feed was back on with cameras along the finish to capture the neon yellow clad Mauro Santambrogio (of the modest Vini Fantini Team) crossing the line just ahead of the Shark to warm up the finish in Bardonecchia.
Tomorrow's stage will not finish on top of the Col du Galibier but officially is moved further down at the Marco Pantani memorial. The weather is the deciding factor, and it looks like another epic stage upcoming.
Here's the official statement by the race directors. 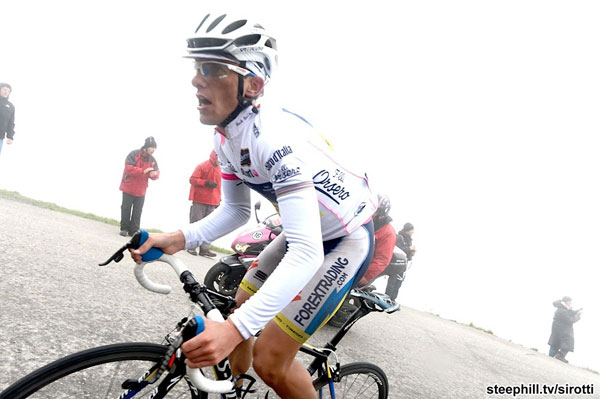 One to watch is 23 year old, Rafal Majka finished 11th and is 7s in front of Betancur in the fight for the young riders competition. The cool story is that the young Pole was invited, in 2011, to the Saxo Bank training camp. Majka dropped Contador on the climbs, impressing Bjarne Riis that he offered him a pro contract on the spot. Of course, Majka signed the contract and the rest is history. I'm sure Riis is smiling!