Gavia and Stelvio Out, Epic-less? 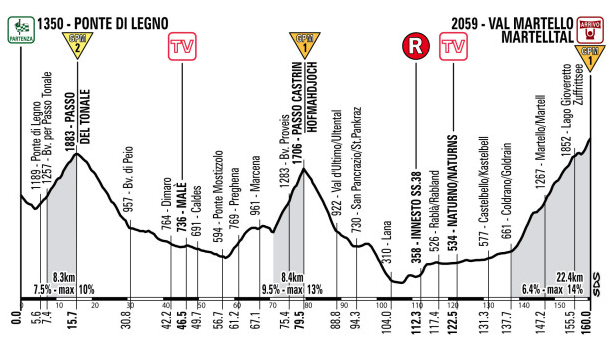 
The web cam imagery from the Stelvio is enough to make me throw another log on the fire.

The Passo dello Gavia and Stelvio is cancelled due to snow. In it's place a longer stage (160km from the scheduled 139km) including-le the 'smaller' climbs of Passo del Tonale and Passo Castrin await the riders.

It may look like a lesser stage, removed of the epic Gavia and Stelvio, and Saturday's four climbs are covered in snow threatening to be a truncated stage. There's still a battle for podium between Evans, Uran and Scarponi. The way Nibali is riding, the race is for second and third. The young riders classification is a wicked duel between Rafal Majka (currently leading by 2 seconds) over Carlos Betancur.