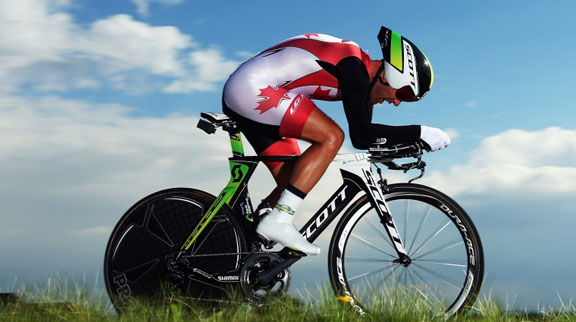 Blue skies ahead...
via Getty


I'm happy that Orica GreenEDGE has given the green light for Svein Tuft to will ride his first Tour de France. The Big Engine, and that's with respect, will be a Tour debutant at 36 years old. He is a eight-time Canadian time trial champion and recently won the Tour of Slovenia prologue.

From the team website, DS Matt White said, "Svein is a world class time trialer. He'll be crucial for our team time trial ambitions. He's a strong guy with a huge amount of power to chase breakaways or look after the sprint train. We can use him in a lot of ways. I'm really looking forward to taking him to his first Tour de France."

Tuft will be a very good added weapon for the Matt Goss sprint train. And, stage 4 Nice TTT should provide the perfect setting for the Aussie team to win.

As it stands for Canadian riders for le Tour; Tuft joins David Veilleux (Europcar). Garmin Sharp remains 'mum' on their Tour roster but I have good feeling Ryder Hesjedal will get his green light.

Here's Rob Jones of Backstage Pass providing his entertaining interview with Svein Tuft after his 190km solo super human gallop in stage 2, 2012 Tirreno Adriatico. And, find out how many calories he burned.