Thor wins in Grimstad - Out of the Tour 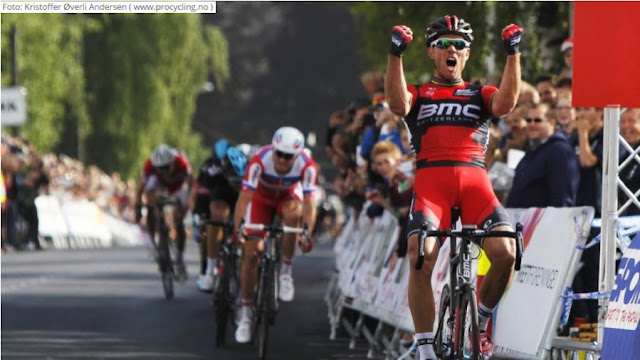 Thor is Back!
Out sprinting Alexander Kristoff and
Edvald Boasson Hagen.

Good to see Thor Hushovd ride back to form winning the Norwegian National road race for the third time this past weekend. He also won in 2004 and 2010.

The God of Thunder said...

“There were thousands of people, a massive crowd, that gave me a lot of motivation and helped me dig a bit deeper. I can’t remember when I have been this strong in the past. So it’s a bit sad that I was not selected to the Tour de France team. But like I have always said in the past, I respect the team’s decision.”

Hushovd continued his winning form in the Norwegian championships adding a gold in the team time trial and a silver medal in the individual time trial.

He has rode in every Tour for 11 years until last year. He is a two-time green jersey winner and has banked 10 stage victories. No question - solid Tour credentials. I'm sad that he won't line up in Corsica for the 100th edition and I can't help but feel that BMC will miss him. 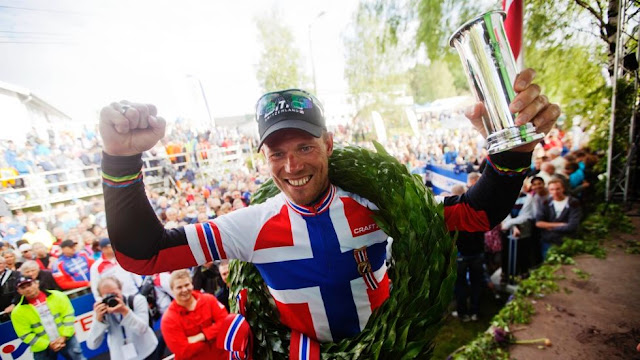 The smiling national champ!
via procycling.no

Michael said…
It is unfortunate that he wasn't selected. Thor seems to be riding stronger than he has in quite some time.
June 25, 2013 at 8:01 AM