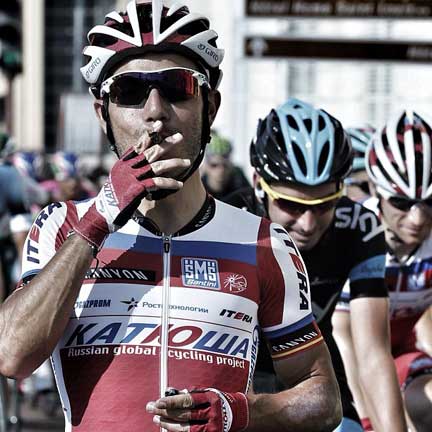 Remember that rolling start on stage 21?

El Purito smiled and tried to light up a cigar without any luck.

The fire was there. Joaquim Rodriguez probably the finest puncheur/climbers in the business took a deservedly third overall. His momentum rolled on after finishing fourth on Mount Ventoux. Next, third place on the uphill TT. Then, on stage 18, he placed a top five- finishing fifth on Alpe d'Huez a minute on Froome. Stage 20 to Annecy, the little cigar finished second to stage winner Quintana and moved into podium spot gaining over a minute on the tiring Contador.

Interesting how he obtained his nickname, Purito. It is Spanish for little cigar and during an early season training camp he passed his teammates easily up a climb making a hand gesture of smoking a cigar. His teammates were upset so much they made Rodriguez smoke a real cigar in the evening. Have a look at his Tour saddle - the perfect word that describes him.

If he rides next month's Vuelta - we may finally get to see him light that cigar to celebrate his first grand tour win! 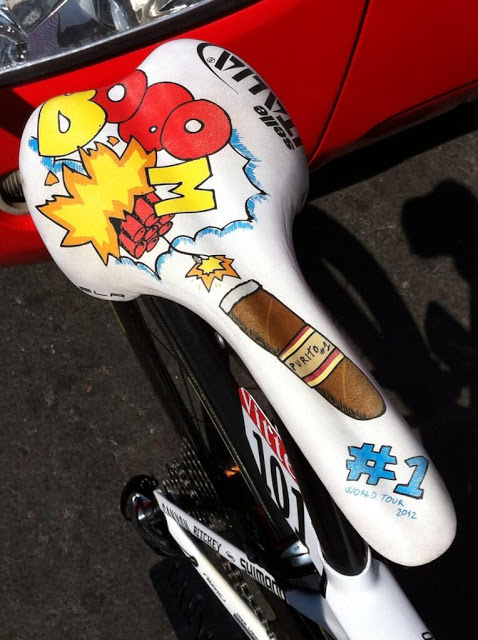