The Tour: Looking Back at a few Heroes 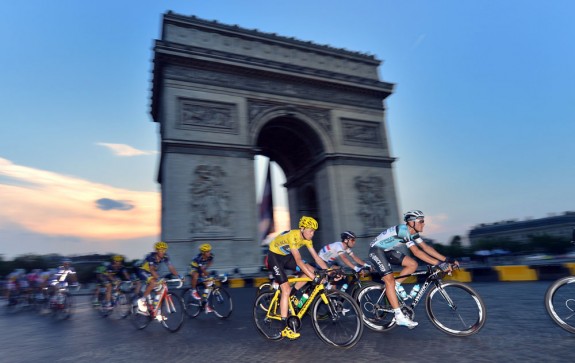 This 100th edition of the Tour de France wrapped up in Paris with a special nocturnal spectacle with plenty of heroes... 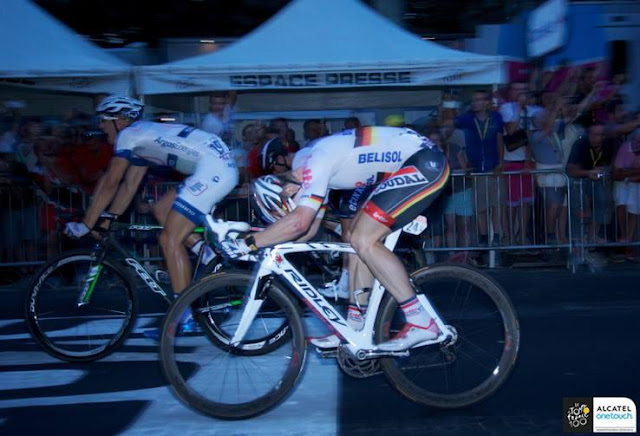 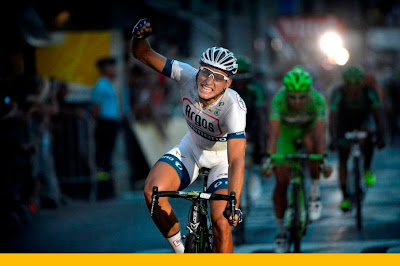 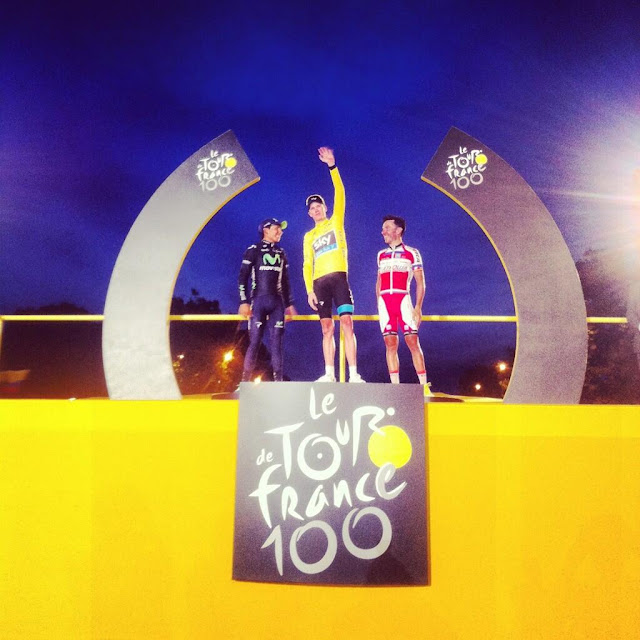 Time for some brewskies!

The oldest Tour debutant at 36 years old since World War 11, he has survived four crashes - one on what he calls the hardest stage of the Tour: Friday's stage 19 in the Alps. Tuft is a survivor and finishes as the 169th rider. The Lanterne Rouge. 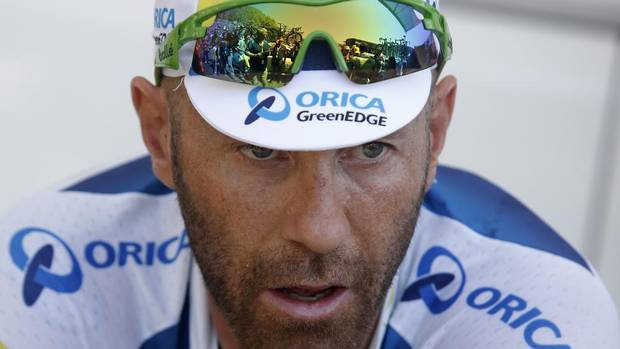 Brilliant ride for Tuft!
Warming up before stage 20 in Annecy
photo Laurent Cipriani

The Lanterne Rouge named after the red lantern that once hung on the back of cabooses.

According to the race rulebook, the first 160 riders get monetary prizes. The winner Chris Froome receives $591,000, the 160th -$525, and the rest probably a smile and handshake. Tuft will get his share of the $13,000, that his team earned for winning the TTT. Orica Greenedge scored a successful Tour. Pulling off a surprise victory in the stage 4 TTT in Nice. Gerrans and Impey took turns wearing the yellow jersey over the next three stages. Thanks to Tuft's herculean effort to control the pack at the front, riding into headwinds and protecting teammates.

After finishing in Paris, Tuft was so banged up from four crashes during the race he took an early flight to his base in Spain. That meant no bar hopping to celebrate with the boys.

“In my condition, I was just ready to get home. The whole last week was so difficult, I’m still in a bit of shell-shock. I had been sick, and broken, and partying can just delay that whole recovery process.”

His start was unique. While pro cyclists start training in their early teens, Tuft dropped out of high school in grade 10, started biking in B.C's backcountry, pulling a trailer with his dog, Bear, up mountain roads.

It's his singular strength that sets him apart and becoming a specialist in the TT. He was silver medalist at the 2008 world time trial championships. Selected for being a workhorse with the strength to protect his teammates and power ahead in the time trials... one of the heroes of this Tour! 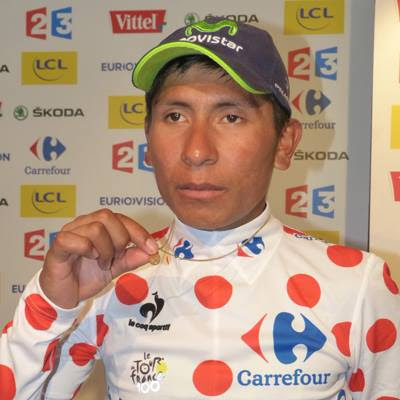 The gold medallion from Mauricio Soler

I talked to Klaus of Cycling Inquisition and he brought up an interesting comment on Nairio Quintana and what he did with his hands crossing the finish line into Annecy.

'That was the heart symbol, which was used by his amateur team, Colombia Es Pasion, whose riders currently have six offers from World Tour teams for next year. Some riders coming up next year could be yet another great one of Colombian cycling. Beautiful!' 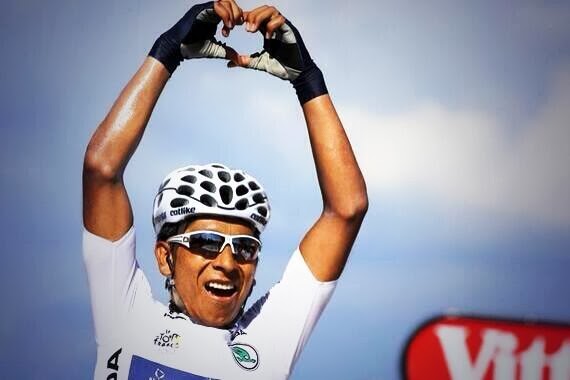 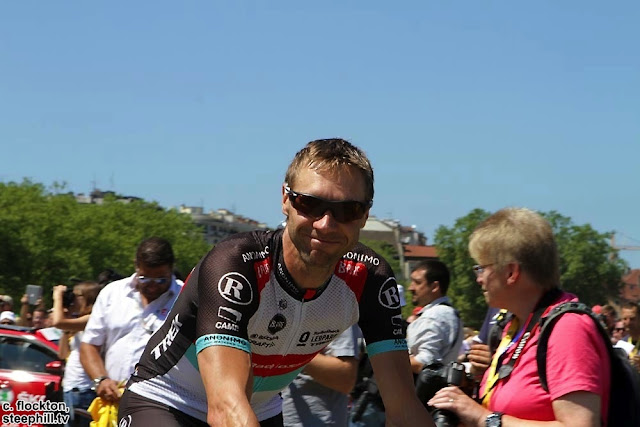 "I'm almost sure that this was my last Tour."

Jens Voigt, 41 years old, was the oldest rider in the Tour. He shares the record with Joaquim Agostinho who was 41 in the 1983 Tour.

Jensie is not the type to slow down especially on his breakaway up Mont Revard. He was caught with 8 kms to go. It was pure Jens watching him legs wobbly - distinctive and animated as always.

He's a Peter Pan of cycling. He doesn't age. He's an absolute freak."

"I remember in the Tour of Germany one year, we were coming up to climb. He was leading on GC but there were eight or nine climbing specialists who were snapping around looking for his leader's jersey. He was riding along just talking to himself, just saying: 'Yes Jensie! You are strong enough Jensie! You can do this Jensie! You can do this!' He's talking to himself in the third person, and was absolutely freaking the hell out of the whole group."