Looks like my 2XU top/tights I won from the BMC Racing/2XU Contest is delayed due to no stock in my size. Sr. Marketing Manager, Jayme contacted me today and it looks like I won't get them until mid-October! 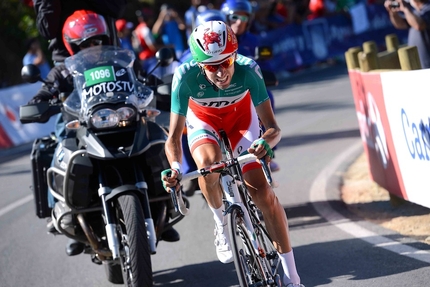 
Gallant attack by Italian road champion, Ivan Santaromita in the last 3kms remaining on the uphill finish at the Vuelta to be passed by Chris Horner. Above is an excellent image of him in his very cool Italian national kit and check out the ultra cool Toro logo on his helmet! 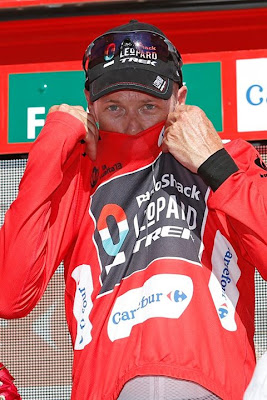 One for the old guys!
via Yuzuru Sunada

My objective is to be as high as possible in the general classification. I have already won the Tour of Basque country and I think I can win the Tour of Spain.


Although the USProChallenge is officially over, there's one notable sprinter (No, it's not Peter Sagan) that deserves mention... that's Canadian sprinter Ryan Anderson of Optum Pro Cycling!

I understand Anderson took a hiatus from cycling and signed for Optum Pro Cycling in June - he did something right because on stage 7 to Denver he went toe to toe with Peter Sagan and almost won!

Have a look at the video and watch just how close he came to beating the Terminator. 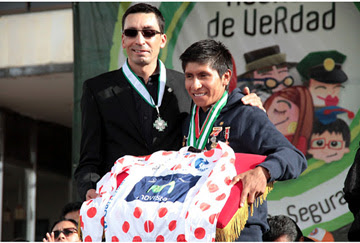 Nairo Quintana was welcome as a hero in Tunja, Colombia after his fantastic performance at the Tour. This image gave me goose bumps of former KoMa Mauricio Soler and new KoMs Nairo Quintana enjoying the spotlight!