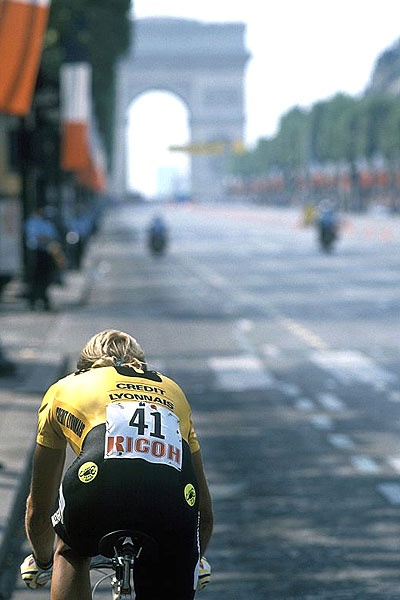 
Why are the French not winning the Tour?

The last Frenchman was Bernard Hinault back in the glory days of 1985. It drew even closer - Laurent Fignon was only 8 seconds, ('8 seconds of hell' he calls it), in 1989. I believe it was his Tour, minus LeMond's illegal tri-bars. Could it be lack of steel resolve?
Hinault and Fignon had it.

These days, riders are payed on a fixed contract. Back in the days of Hinault, his team would pay him only a proportion of what he need to earn, the rest had to come from prize money. Fignon once said, of the French calamity, it is because they are not good enough. I disagree. The newer crop of French riders has recently emerged and are doing well: Pierre Rolland, Bryan Coquard, Thibout Pinot, Arnaud Demarre... to name a few.

The French way of cycling is changing. Perhaps, the British scientific approach has influenced their way to preparation. Pierre Rolland said, "In France, maybe it took us a bit of time to see that cycling had changed and we had to change, too. We couldn't rely on the old-school methods."


Remember when David Brailsford said, we'd get a British rider to win the Tour within five years? They did it, now it's time for France's jour de gloire!


My new jersey from gomediapr.ca Guy has a consulting company and offered me a jersey... a great reason to Go Media!

I haven't had the chance to wear it but this weekend is coming up. 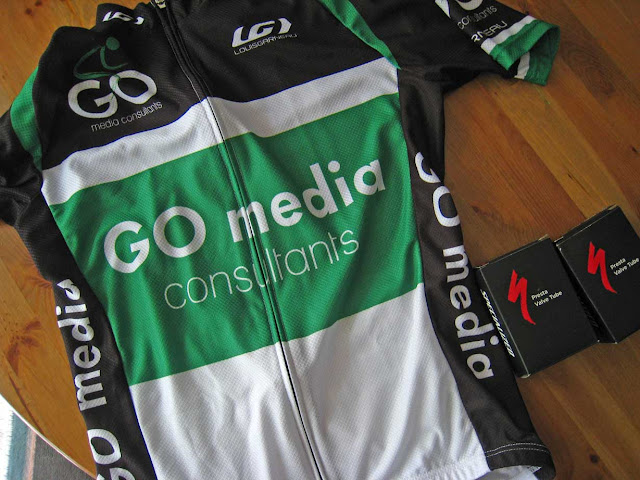 Thanks Guy... and for the tubes, too! 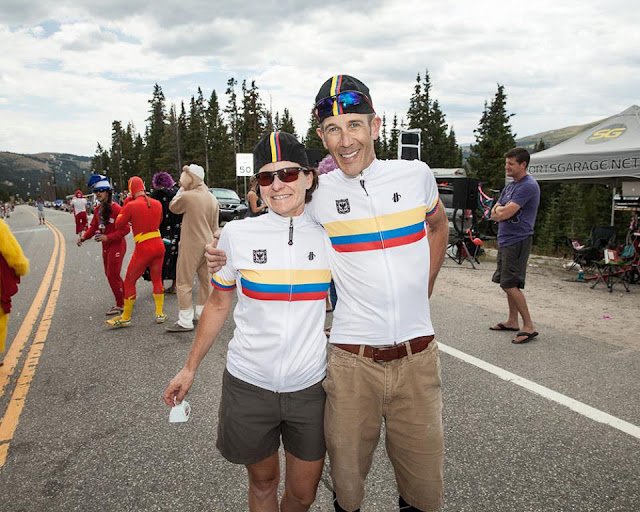 These two fans are looking dapper with the Red Dots Cycling custom Colombian caps
at the USProChallenge!
via manualforspeed

You know it's always nice to be appreciated!

Here's an image of two fans wearing our Red Dots Cycling custom Colombian cap we made for cyclinginquisition, at the USProChallenge in Colorado! We just shipped off a new batch of Colombian caps for Klaus so check his site to place your order.

One more - a wacky image from the USProChallenge... 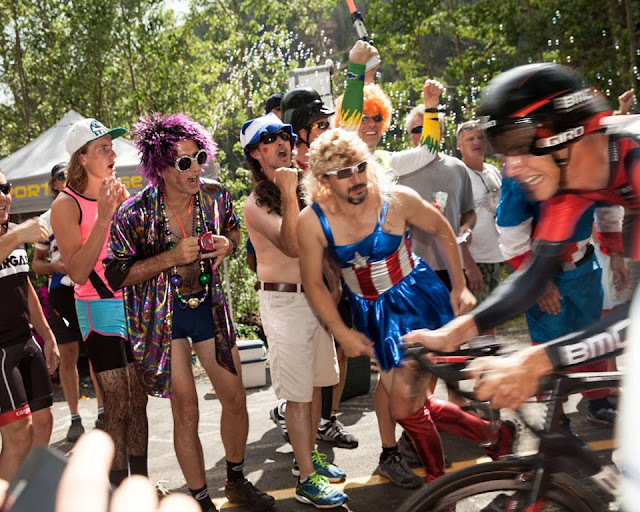 Mrs. Capt America and Glam Rock cheer on the riders! 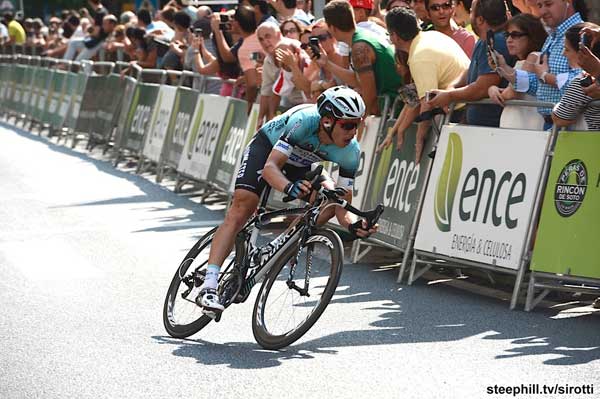 Tony Martin almost stole stage 6 with an awesome 175km solo ride. For the rider nicknamed, 'panzerwagen' his tank like strength was on displayed for the entire stage. Only to be beaten by Michael Morkov - this stage had epic written all over it.

Agonizingly close for the World Champion... 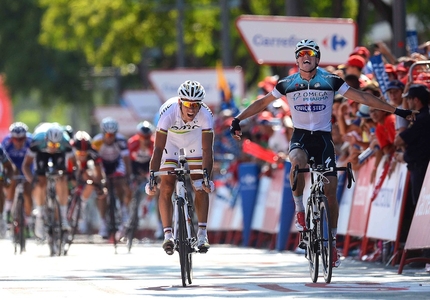 Stybar over Gilbert!
via BMC Racing

My dream almost came true of seeing Phil Gil win in the rainbow stripes. That's his fifth runner-up finish of the season...

I am happy. I am still missing a victory this season, but I have been close a lot of times. 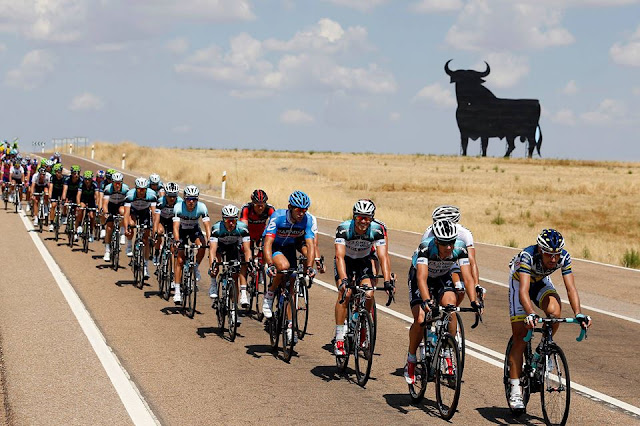 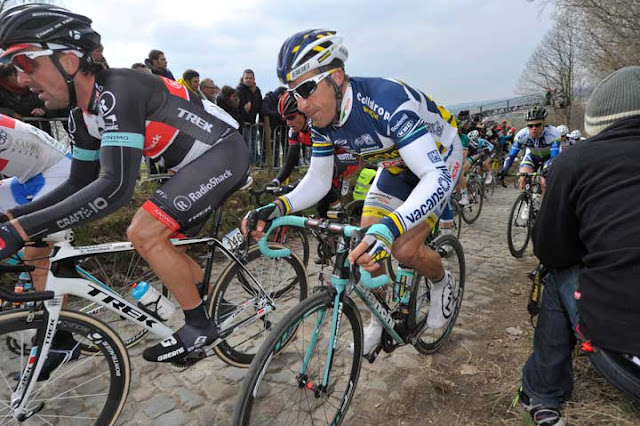 Van der Flecha on the Koppenberg.

I'm very glad that Juan Flecha plans to ride next season. With Vancansoleil not returning, there's no word-yet- for which team. He will be a welcome addition to any team and next season's classics will be exciting for the Spanish Flandrian!

The Tour of Alberta starts Tuesday with the 7.8km TT in my old hometown of Edmonton. Unfortunately, I won't be able to attend but it promises to be exciting. It will be technical and steep (tackling Grierson hill) and really hard to pick who can win it. One thing, the course will be tailored made for a tough classics rider... Peter Sagan?