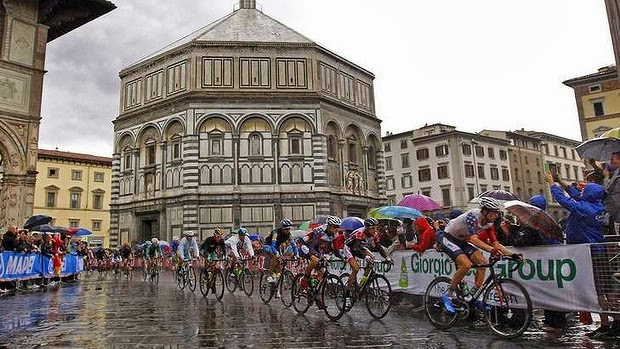 These are the words I describe today's men's world championship road race. I awoke bleary eyed at 5 AM, to watch the race and held spellbound until the end. Peter Sagan, my pre-race favorite, never threatened. Even Philppe Gilbert was never really a factor as it almost played into the 'legs' of the battling Italian team.

Rui Costa had more left in the tank to sprint pass a daring escape by Purito Rodriguez to become the first Portuguese winner of the coveted rainbow jersey. 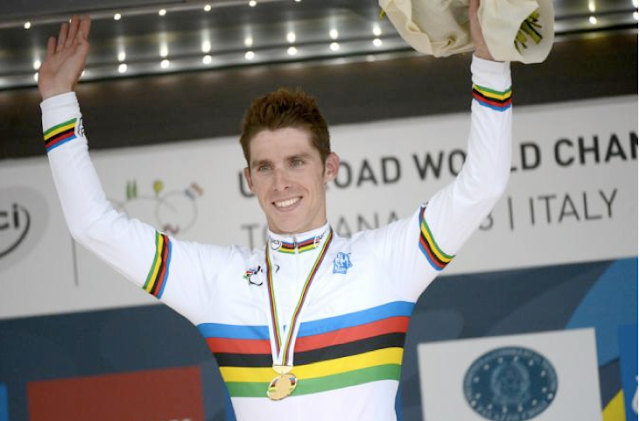 The foul weather ruled for most of the race making the roads a venerable dantes inferno. Hellish for many who crashed and abandoned. Cadel Evans had to drop out after a fall and afterwards tweeted...

The cold temperatures and deluge of rain whittled down many: the entire British team, Roche, Martin, van Garderen, Quintana, Horner to name just a few to quit. In fact only 61 out of 208 riders remained. One of the mosts dramatic falls occurred during the last lap as Rigoberto Uran mis-guaged a left hand bend and hit the curb somersaulting off a hilly bank. His bad luck removed a possible threat for podium as the Olympic road silver medalist sadly sat in pain at the roadside. Amazingly, he got back on his bike to finish 4'28" behind Costa.

A tired Vincenzo Nibali also came back, this time with a chance to win, from a fall in the last lap only to miss out in the medals.

Give Rui Costa credit, a brilliant ride catching up with 500 meters to go to Purito who had time to chat... 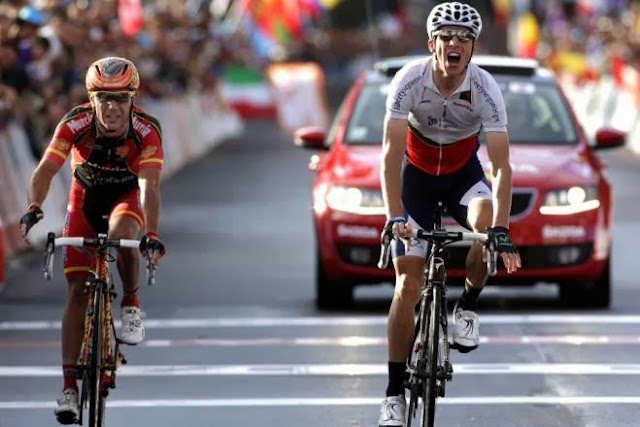 "In the end, we prefer to have the wooden spoon than to have suffered
the kind of defeat Spain did."
- Team Italia manager, Paolo Bettini.

"When I reached him, he told me to go first, but I was careful not to do so. I wanted to catch my breath before the final sprint. I'm proud of what I did, for myself and for my country."

Today, all the riders were heroes.