Cyclists: What's in your bottle? 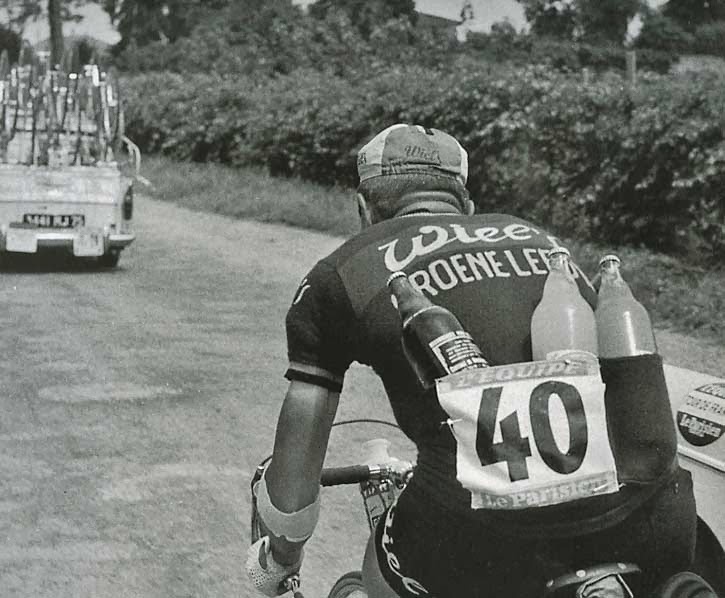 
I'm not the kind of rider you would call scientific.

I have been using sport drinks (the Gatorade variety), sporadically, without a huge result. Generally, it quenches my thirst. Many folks are consuming this stuff like it's never going to end especially cyclists. Design to replenish electrolytes after exercise and with a taste like ...sugared water. From time to time, on my cycling ventures, I feel that I need that extra hydration edge and use it. Interestingly, I discovered a CBC Marketplace article investigating the merits of sports drinks to the average person. Here's the article.

Let's face it, I wish (sometimes) I could have cold beer in the bottle, like they used to do in the  past Tour and Giro's. Some of those hot stages were oppressive, more often than not, cyclists rewarded themselves with a cold one after cafe raiding. In the past, I have concocted this mixture for my water bottle: cold tea/small amount of sugar and water/sugar/pinch of sea salt with some degrees of success. Recently, I have purchased the SiS effervescent electrolyte hydration tablets that have a trace amount of sugar (0.2 g/tablet) and have key minerals and sodium for those hard workouts. I plan to use this during my hot summer rides.

Did I say that sports drinks taste like sugared water?  Some drinks (Gatorade) have more than 10 teaspoons of sugar and 330 mg of sodium. For many that regularly use it - a time bomb waiting to happen. Scarier yet, younger kids are targeted and drinking this unknowingly that they really do not need it ... at all. During long summer rides, I've tried it half and half with water because it's just too sweet for me. After reading the article, I'm more cognizant of what is in sports drinks and I'll wait until this summer to use the electrolyte tablets. In the meantime, my average rides are 1 1/2 hrs hardly long enough for anything else except ... good ole water.

Lorenzo and Erica said…
We're not big on sports drinks either, unless you count Italian red wine! While we both understand electrolyte depletion, too many of these drinks are expensive Kool-Aid with way too much sugar.
February 7, 2014 at 6:55 AM