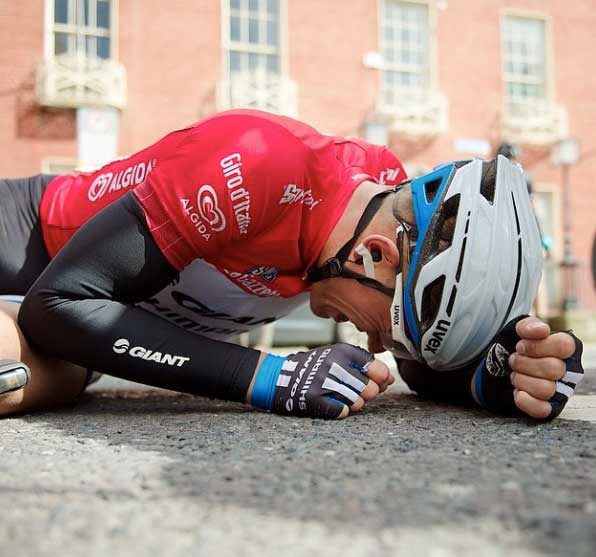 After stage 3: Down but definitely NOT out!
via kramon_velophoto

Marcel Kittel, turned 26 years old and won his second consecutive stage. He's not the only one to celebrate on his birthday - Svein Tuft won a stage, wore the maglia rosa to celebrate his 37th birthday. Kittel did it with so much gusto, without a lead-out train, seemingly out of nowhere to slot pass Ben Swift (who I thought would win) and Elia Viviani and crumple in a heap from his amazing effort. Kittel is the best sprinter in the world - and so far without a lead-out train - which begs the question, What if his Giant-Shimano lead -out train worked? Tuesday is back on home soil, a flat stage to Bari - all aboard the Kittel express!

Kittel is fortissimo, he's a beast.