Friday file opens with the dexterity of Adam Hansen (nicknamed; Crocman) performing an incredible maneuver passing a water bottle and simultaneously grabbing a tall can of beer. He's had previous experience; you may remember his high level antics in the Alpe d'Huez stage of last year. 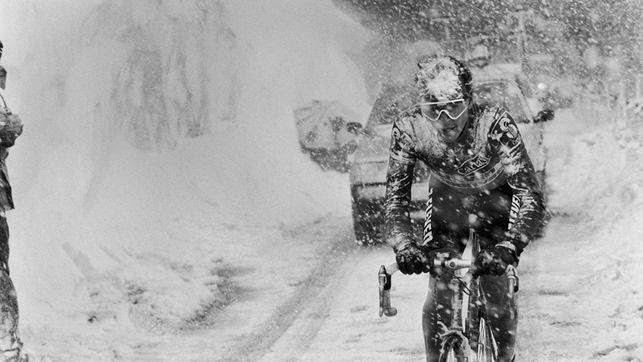 Twenty six years and a day ago: Andy Hampsten took over the GC after the infamous 14th stage. The riders tackled the Passo di Gavia during a snowstorm of the ages. The tifosi refer to it as 'Il Giorno Della Neve' - The Day of the Snow. It's also known as, 'The Day the Big Men Cried.' 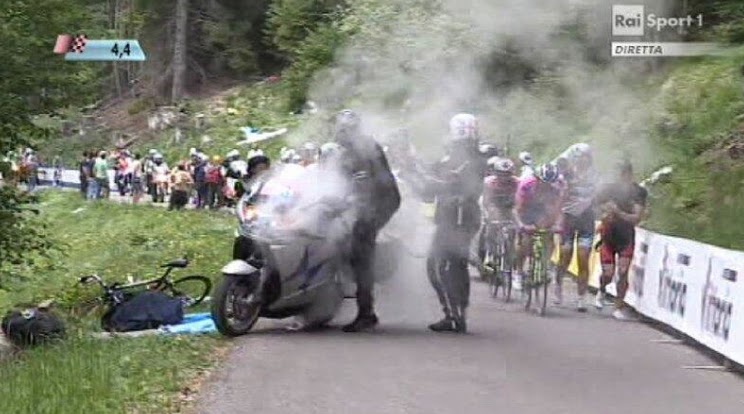 Zonked!
Not fit for even motorcycles.

Most cycling fans have a fairly good idea how dizzyingly steep the Zoncolan is. The steep sections are insane, 22 percent and has a long sustained 14 percent average. During the Eurosport coverage, Sean Kelly was asked, "Would he ride the Zoncolan?" He flatly and wisely answered, "No, I wouldn't ride that!"