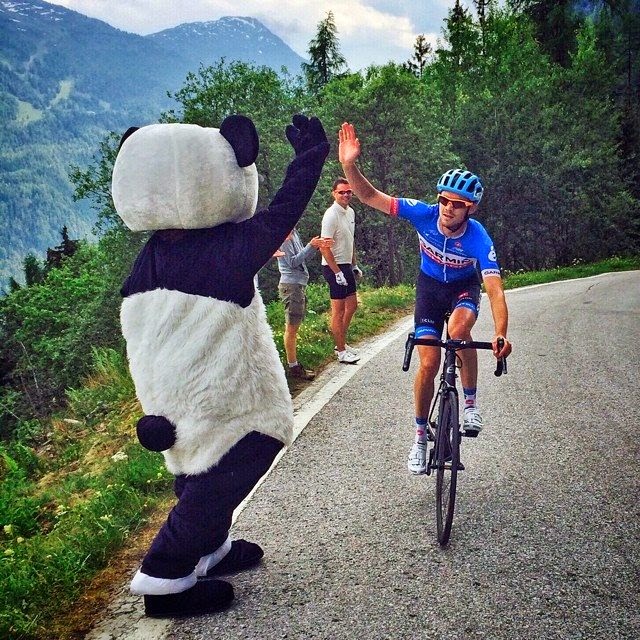 One of Garmin Sharp's rising young guns is Andrew Talansky nicknamed, The Pit Bull. The American team is going through a transition period, having a mix of cagey veterans eclipsed by their rising youth contingent.

During the early stages of the Critérium du Dauphiné, the Garmin Sharp squad looked a distant contender and I particularly liked how they played the long card right into the final stage. After stage 7, the aggressive team had Talansky sitting third overall (39secs), good enough for podium - damn closer to victory. On stage 8, Talansky along with Ryder Hesjedal tore off in the early break and looked good. Alberto Contador was eager to chase and looked like threatening the overall but in the end a tougher Talansky held on to win by only 27 seconds.

It was a very hard start but Ryder Hesjedal went to the front and worked so hard to sacrifice for me and when we got in front, we saw the opportunity and we had to try. You put your life into something-the sacrifices, the training, the times when you crash or get sick-but it's moments like this makes you forget it all. This is why we do this, for moments like today.

A superb ending to a dramatic race - aggressive riding until the end by a Pit Bull attack.