God Of Thunder Will Move On 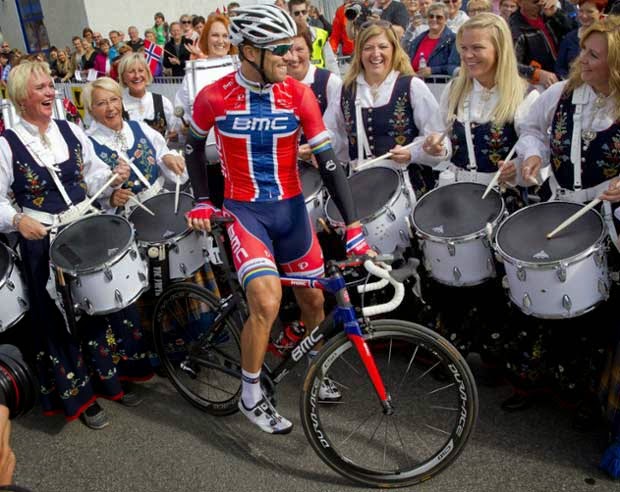 Cyclingnews reports that Thor Hushovd will leave BMC at the end of this season.

In a way, I'm not surprise BMC will cut him loose as the God of thunders' star has wane since his 2010 world road race title and 2011 Tour de France stage wins. He's a proven winner, with late 2013 form winning the Arctic Race of Norway, stages Tour of Poland and Tour of Beijing. Tomorrow he'll ride the Criterium du Dauphiné in support of Tejay Van Garderen. Apparently, riding the upcoming Tour de France is a long shot for him. It must be with mixed emotions knowing that this is his last season with BMC and will he finally go out in a blaze of glory? I would like to see him do that.

Although his BMC clock is ticking down, a few teams have expressed interest in him. IAm Cycling and Tinkoff Saxo are two squads interested in his God of Thunder services. His wish is to ride two more years, and more than ever I believe he still has the goods to win the big race.