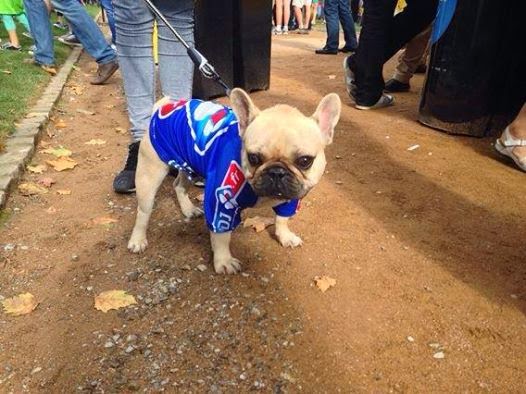 This four legged fan of FDJ is the perfect cheerleader on today's stage 16. Thibaut Pinot turned on the after-burner jets on the final climb of the Port de Balès accelerate away from Nibali and Valverde to show the  French are making a threat on podium. He's currently 3rd overall just 29 secs from second place. I like his attack as a result 'pushing' Romain Bardet off the podium and taking over in the young riders classification. I don't believe Nibali has anything to worry about ...but Valverde does.

" My big objective was to gain time on Bardet... and on Van Garderen. Seeing that I could drop Valverde, too, at the same time is a huge boost to my morale. We'll see what happens (tomorrow). I'll keep on trying." 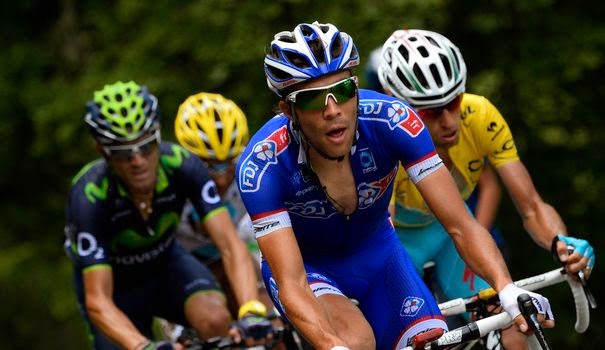 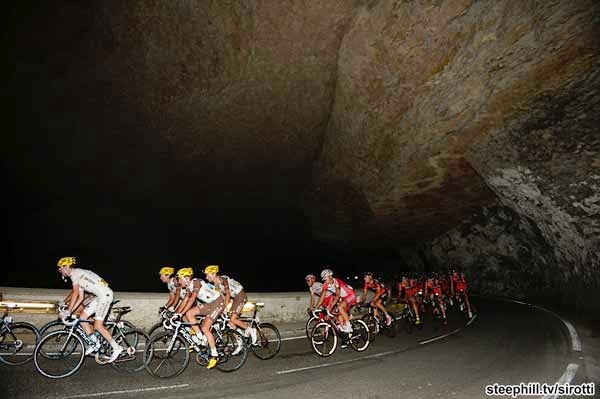 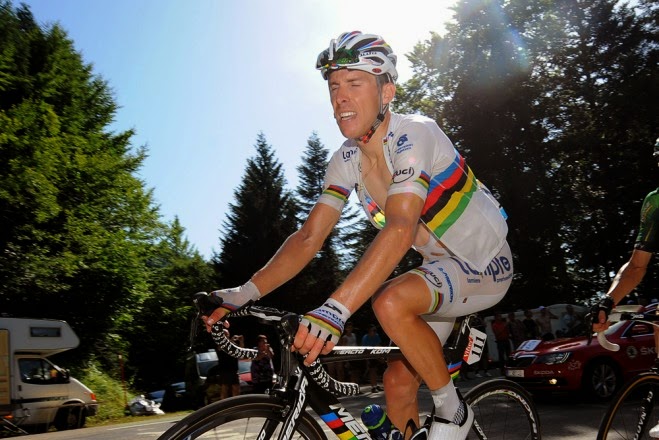 Rui Costa abandoned due to severe bronchitis. His is the best quote of the day...
"I feel like I've been run over by a lorry."